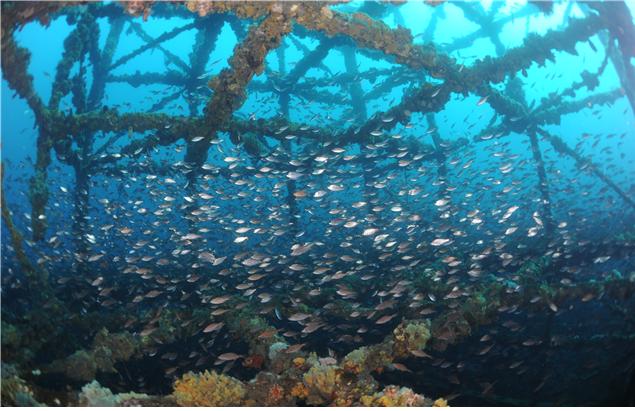 CHANGWON, Jan. 25 (Korea Bizwire) — South Gyeongsang Province announced on Thursday that it will install artificial reefs the size of 133 football stadiums along the coast that stretches through three cities and districts.

The reefs will be installed in four offshore regions by Tongyeong, three by Geoje, and five in Namhae-gun.

The province will invest 3.6 billion won (US$3.1 million) to install artificial reefs across 96 hectares of the ocean as well as reinforce existing ones in the area.

The artificial reefs serve as important breeding grounds for a variety of marine species. The province warned the fishery industry not to damage the reefs by disposing of used fishing gear and other equipment in the area.

The province has confirmed that artificial reefs, compared to other areas, have raised catches by 86 percent over the past three years.

“We will continue to expand our artificial reef project.”