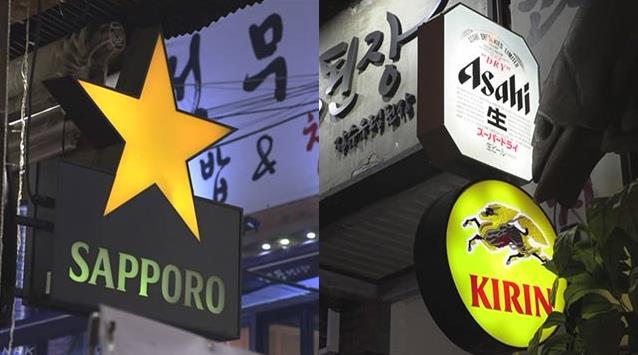 Japanese beer makers have made fans out of South Koreans by providing special courses at local pubs or Korean restaurants on how to pour a beer properly. (image: Yonhap)

SEOUL, Dec. 31 (Korea Bizwire) — South Korea now accounts for 60 percent of Japanese beer exports every year. Most of the imports are manufactured at three factories in Fukuoka and Oita, Japan.

NHK, Japan’s national public broadcasting channel, reported on Thursday that the volume of Japanese beer exports to South Korea has increased by more than 100 times over the last 10 years.

As of 2017, 75,700㎘ of Japanese beer were exported to South Korea, accounting for almost 60 percent of total beer exports in Japan.

NHK pointed out four factors that led to such a dramatic increase in beer exports to South Korea. First, the geographic proximity between the two countries helps keep the beer fresh.

The distance between Japan’s Hakata Port and South Korea’s Busan Port is more or less 200 kilometers, short enough to maintain the quality of the beer.

At a beer factory in Fukuoka, a Korean-speaking tour guide explains the secrets of Japanese beer to South Korean tourists, after which they will head over to the popular beer tasting program.

How to pour a beer is also one of the important factors in the sales increase. The great taste of draft beer relies heavily on how it is poured.

Japanese beer makers have made fans out of South Koreans by providing special courses at local pubs or Korean restaurants on how to pour a beer properly.

“The recent trend of work-life balance is encouraging South Koreans to enjoy more leisure and find value in life, even if something becomes more expensive,” said Hwang Ji-hye, an expert on the South Korean beer market.

Lee Seok-su, a local entrepreneur, said watching sports after work with a can of Japanese beer is how he frees himself from a stressful work environment.