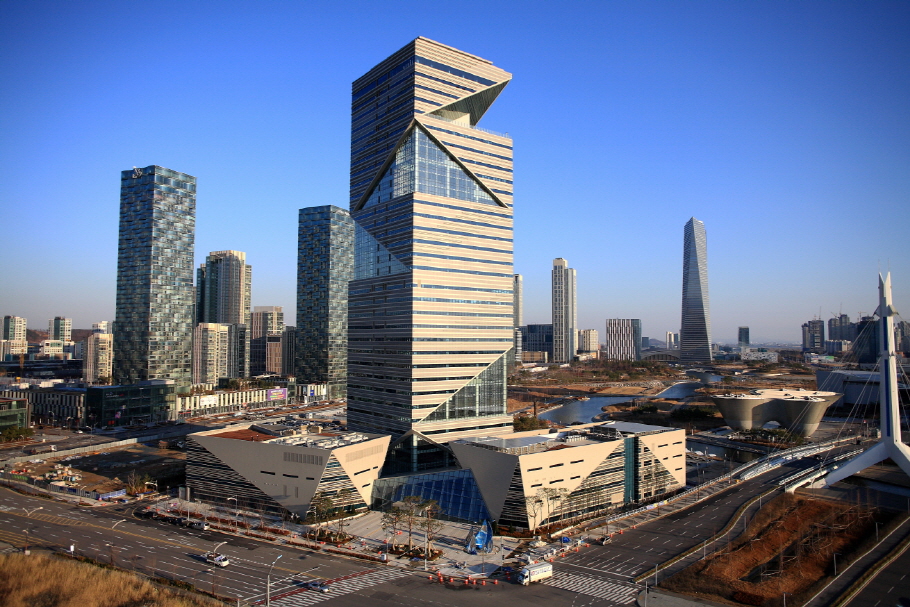 The I-Tower, where the GCF office will be housed, is an eco-friendly building. (image: Daewoo 7&C)

In the 11th meeting of the board of directors in Livingston, Zambia, from Nov. 2-5, the Green Climate Fund (GCF) approved the landmark public works — three for Africa, three for the Asia-Pacific region and two for South Africa, according to the Ministry of Strategy and Finance.

They are the first full-scale programs to be carried out by the GCF, which was founded in 2010.

The GCF estimated that the projects will create some $1.3 billion won in investment in the coming five years.

A power supply model, suggested by South Korea, using renewable energy and an energy storage system in Peru, will also be picked by the GCF board, according to the ministry.

The GCF received 37 project plans worth $4.4 billion by September, and they will be discussed at an upcoming board meeting in Songdo, where its secretariat is headquartered, in March next year.

Launched in late 2010, the GCF aims to channel money from industrialized nations to developing countries to help them tackle climate change-related problems.

It has raised $10.2 billion won in funds since its launch.’