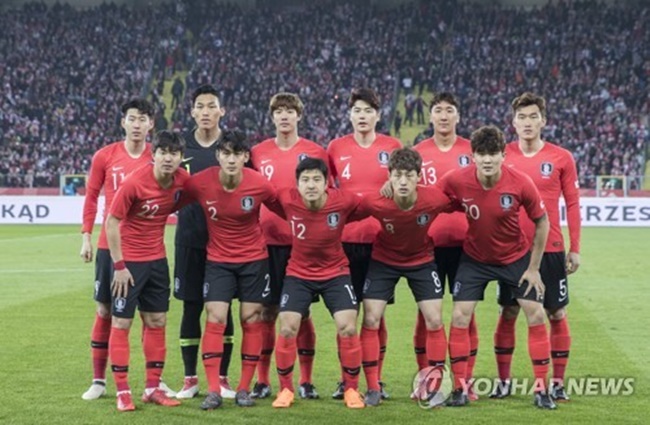 In this file photo from March 27, 2018, members of the South Korean men’s national football team pose for photos before their international friendly match against Poland at Silesian Stadium in Chorzow, Poland. (Image: Yonhap)

South Korea have dropped out of the top 60 for the first time in 2018. The Taeguk Warriors were 59th in January, 58th in February and back to 59th in March.

They have dropped their past two international friendlies in March, first to Northern Ireland by 2-1 and then to Poland 3-2.

Germany, one of South Korea’s Group F opponents at the upcoming FIFA World Cup in Russia, remained No. 1. Another Group F nation, Mexico, climbed two spots to No. 15, while the third group opponent, Sweden, slipped four notches to No. 23.

South Korea are the second-lowest ranked participant in the World Cup, ahead only of the 70th-ranked Saudi Arabia.