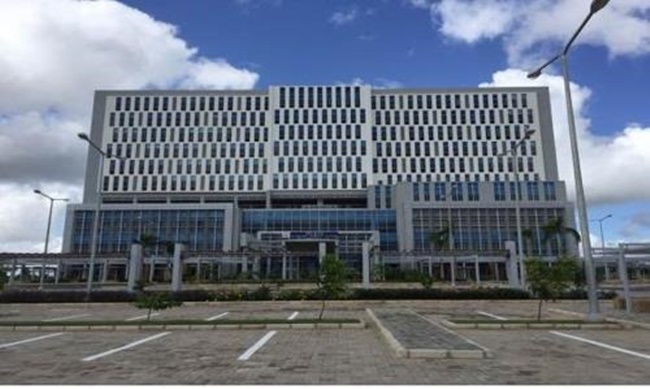 This photo shows the Academic Medical Center of Muhimbili University in Mloganzila, Tanzania. (Image: Ministry of Strategy and Science)

SEJONG, Nov. 24 (Korea Bizwire) – A new hospital built in Tanzania on an aid fund run by the South Korean government will open next week, the finance ministry here said Friday.

The Academic Medical Center of Muhimbili University located in Mloganzila, some 25 kilometers west of Dar es Salaam, will start operations on Saturday with 14 medical departments and 600 beds, according to the Ministry of Strategy and Finance.

The state-run Economic Development Cooperation Fund (EDCF) financed US$76.5 million to build the facility in 2011 to meet rising medical demand in the African country.

The EDCF was launched in 1987 aimed at helping developing and less-developed countries via loans that carry low interest rates.