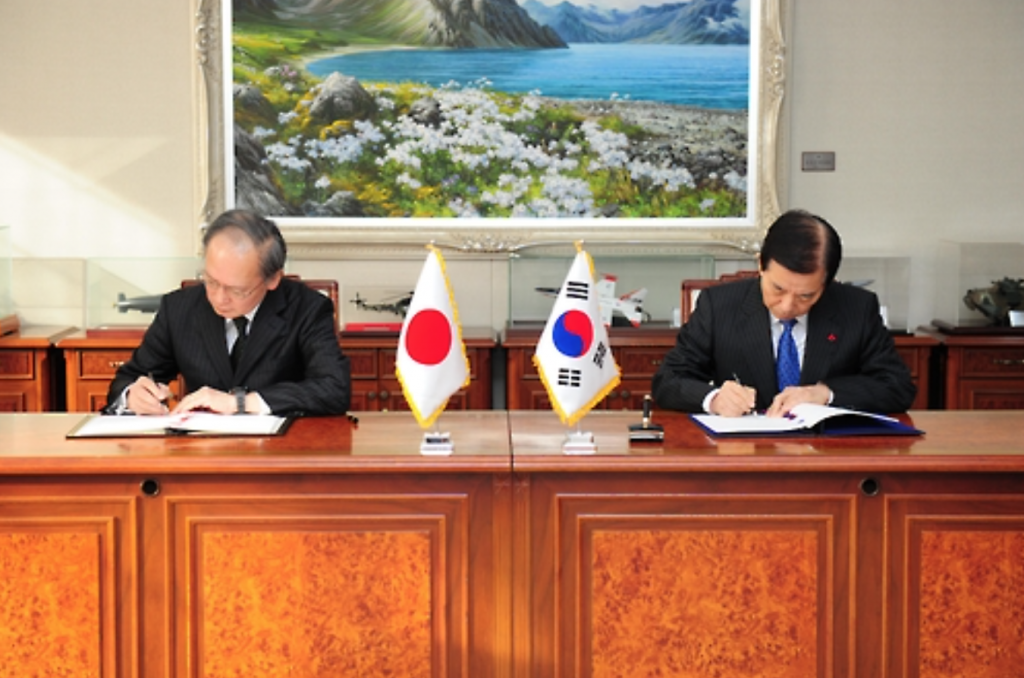 Defense ministry spokesman Moon Sang-gyun told reporters that the exchange was made during a meeting between the two countries’ senior defense officials held in Seoul in conjunction with a three-way security dialogue which also includes the United States.

“Under the recently-signed General Security of Military Information Agreement (GSOMIA), Seoul and Tokyo have shared intelligence on Pyongyang’s nuclear and missile programs for the first time since the pact’s signing last month,” he said.

Under the pact, the two countries are obliged to share information regarding North Korea’s nuclear programs, missile development and other military activities, the ministry said.

It is the first military pact signed between the two nations since Korea gained independence from Japan’s colonial rule from 1910-45.

As part of the efforts, they agreed to continue with their missile warning exercises held in June and November to improve their combined capabilities to detect and trace North Korean missiles.