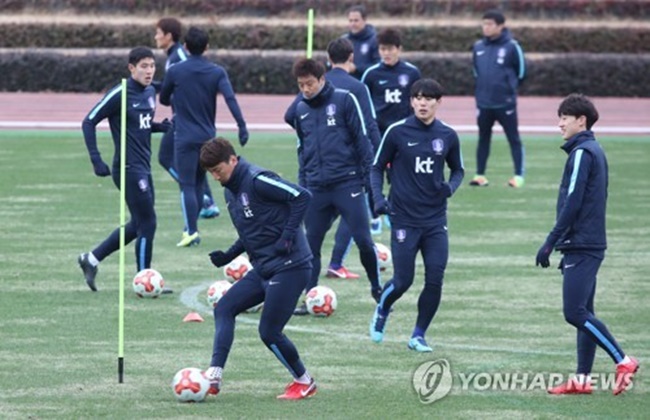 The Korea Football Association (KFA) said the men’s national football team will train in Antalya, Turkey, from Jan. 22 to Feb. 4.

“We originally considered … Abu Dhabi in the United Arab Emirates as our winter training destination, but had to change it, since we couldn’t find friendly match opponents there,” an official from the KFA said. “We plan tohave at least three friendly matches during our overseas training, and we thought it would be easier to find the opponents in Antalya.”

FIFA hasn’t designated any international match day period in January, meaning foreign clubs are not obligated to release their players, even if South Korea play a friendly match. With such restrictions, South Koreahead coach Shin Tae-yong will not be able to call up Europe-based star players like Son Heung-min and Ki Sung-yueng, as their respective clubs will be still in the middle of the season.

Instead, Shin will assemble those who play in the domestic K League and other Asian leagues, like he did for the East Asian Football Federation (EAFF) E-1 Football Championship in Japan last month.

The KFA said the roster for the January training will be announced on Jan. 15.

“The national team doesn’t see big benefits of training when they assemble in early January because the K League-based players are not fit,” the official said. “But in late January, most K League clubs have already begun their training, so the players should be ready to work.”

Meanwhile, the KFA said it is searching for European opponents forfriendly matches in March. South Korea earlier confirmed that they will face Poland on the road on March 28.

“There were rumors that we will take on Iceland in March, but that’s impossible,” the official said. “Iceland will have a friendly against Peru inNew York on March 27, and under FIFA rules, they need to find opponents from North or Central America if they want to play another friendly match. South Korea in that period have to be in Europe, so we can’t face Iceland.”