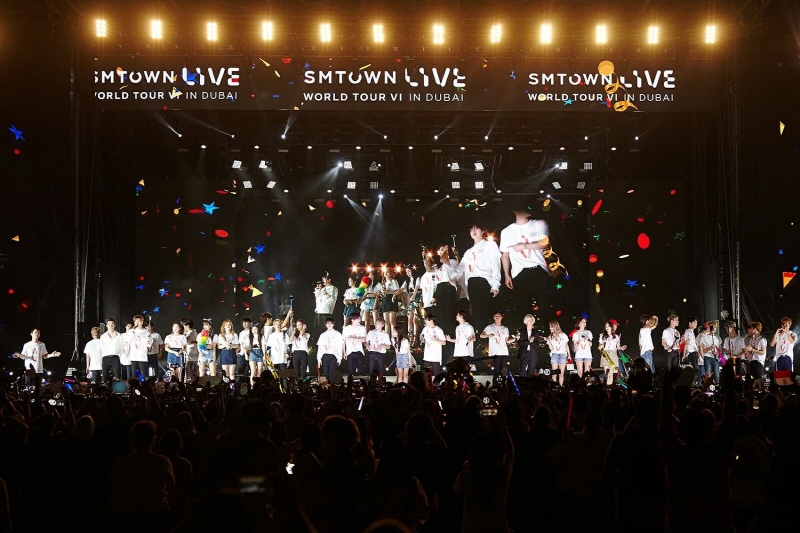 The concert, “SM Town Live World Tour VI in Dubai,” was held at the Autism Rocks Arena in Dubai on Friday. A total of 14 acts, including EXO, Red Velvet and TVXQ, participated in the joint label concert. The company announced that some 15,000 gathered at the event.

The SM Town Live series, a joint concert of recording artists under S.M., was launched in 2008 and has been held in New York, Paris, Tokyo, Beijing and other major cities around the world.

The Dubai concert was the first SM Town Live event in the Arab world and one of the largest K-pop showcases ever in the region. The company said that major Arab media outlets, such as Gulf News and the Khaleej Times, attended the event to cover the South Korean musicians.