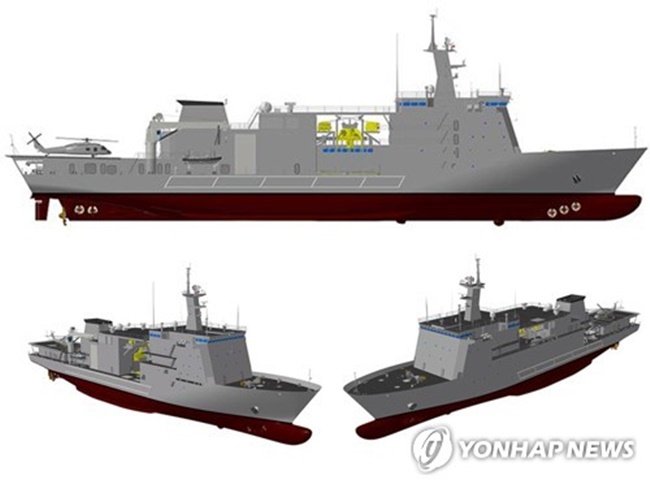 SEOUL, Dec. 15 (Korea Bizwire) – South Korea said Friday it has completed the first stage of a project to develop an advanced military submarine rescue vessel that can operate down to depths of up to 500 meters regardless of poor weather conditions.

They have focused on the basic design of the 5,200-ton ship capable of conducting submarine crew rescue operations amid waves as tall as four meters.

Developing the technology, the first part of the process, has been completed, as it passed the military’s required operational capability (ROC) test last month, according to the state arms agency.

It now plans to start the second stage, developing a relevant system with the aim of delivering the ship to the Navy around 2022.

South Korea already has the 3,200-ton Cheonghaejin submarine rescue ship, commissioned in late 1996. It is able to operate only in waves of two meters or smaller.