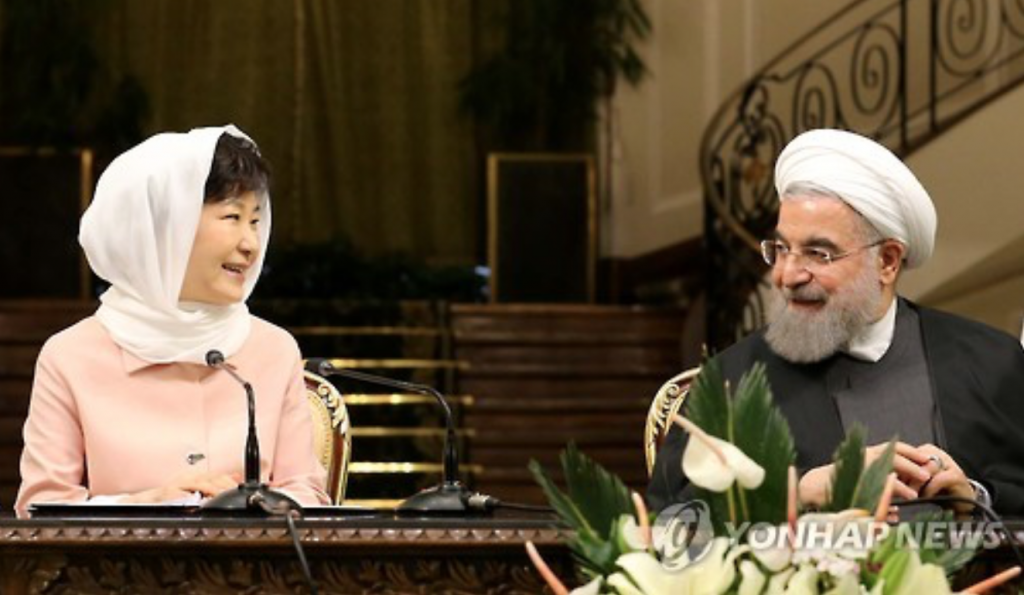 South Korean President Park Geun-hye and her Iranian counterpart Hassan Rouhani hold a joint news conference after their summit talks at Iran’s presidential palace in Tehran on May 2, 2016. It marks the first meeting between the leaders of the two countries since the establishment of their diplomatic ties in 1962. (image: Yonhap)

SEJONG, Aug. 8 (Korea Bizwire) – South Korea opened a business center on Monday to help local firms expand trade and investment in Iran as part of its efforts to tap deeper into the Middle East country following the lifting of international sanctions, the trade ministry here said.

Located in southern Seoul, the center will provide information and consulting services on trade and investment with Iran, backed by related government agencies including the Korea Trade-Investment Promotion Agency (KOTRA), state-run Woori Bank and the Industrial Bank of Korea, according to the Ministry of Trade, Industry and Energy.

“The center will help our companies overcome difficulties in doing business with the Middle East country,” the trade ministry said in a release. “It will contribute to invigorating the business relationship between South Korea and Iran.”

Since Washington and Tehran concluded a landmark nuclear agreement last year, the United States and the European Union have removed economic sanctions that were imposed on Iran over the past decade, opening up a new market with a population of 80 million.

Iran’s re-entry into the global economy is regarded as a boon for the South Korean economy as the oil-rich country is aggressively working on infrastructure business and development projects.

South Korea is also seeking business opportunities in Iran, with President Park Geun-hye visiting Tehran in May to hold a summit with her Iranian counterpart.

Industry data showed that the trade volume between Korea and Iran stood at US$6.1 billion in 2015, down sharply from $17.4 billion in 2011 due to the sanctions.