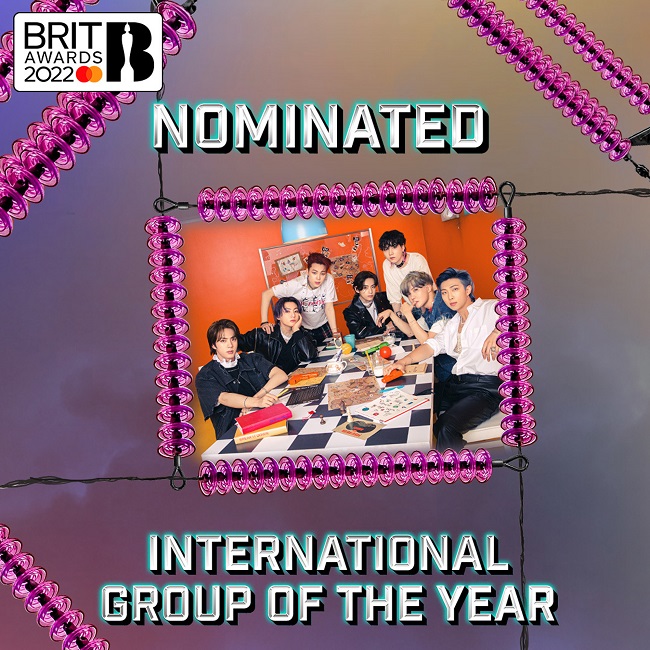 This image, provided by Big Hit Music on Dec. 19, 2021, celebrates BTS’ nomination for the International Group of the Year section of the BRIT Awards 2022. The K-pop superband was nominated for a second straight year for the top British pop music awards.

SEOUL, Sept. 23 (Korea Bizwire) — South Korea posted a trade surplus of intellectual property rights (IPRs) in the first half of this year thanks to a rise in copyright payments amid popularity of Korean music and other cultural content, central bank data showed Friday.

The country’s surplus from cross-border IPR trade came to US$370 million in the January-June period, according to the preliminary data from the Bank of Korea (BOK).

This marked a sharp rise from a surplus of $40 million tallied six months earlier. It also turned around from a deficit of $70 million in the same period a year earlier.

The first-half increase came as the country logged a surplus of $870 million in the copyright area.

In particular, it posted a surplus of $490 million from software development and other research development efforts. Its surplus from exports of cultural and artistic content that resulted in payments for the use of their copyrights totaled $380 million.

The increased surplus in the copyright area appears to have been bolstered by popularity of Korean music, dramas, movies and other cultural content that have been sweeping across the world.

By country, South Korea brought in an IPR trade surplus of $1.12 billion from Vietnam, followed by China with a surplus of $1.09 billion, the data showed.