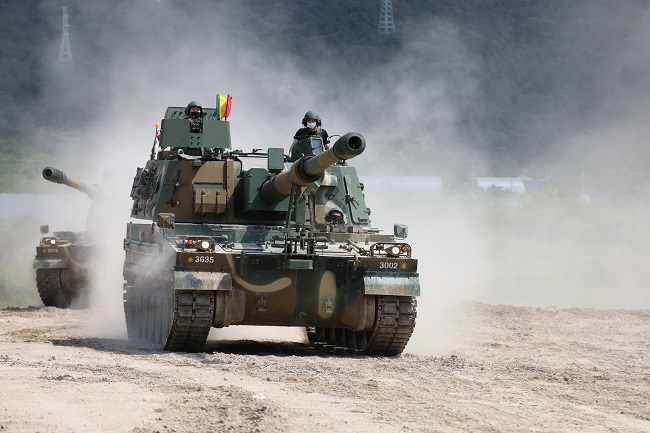 According to the Global Defense Market Yearbook 2022 released by the Korea Research Institute for Defense Technology Planning and Advancement, the country’s arms export ranking rose from ninth place in the 2016-2020 period.

Its share in the global arms export market stood at 2.8 percent in the recent five-year period from 1 percent in the 2012-2016 period, the report said, citing data from the Stockholm International Peace Research Institute.

The United States remained the top arms exporter over the period with a 39 percent share, followed by Russia, France, China, Germany, Italy and Britain.

South Korea has recently stepped up efforts to boost exports of its homegrown weapons systems.