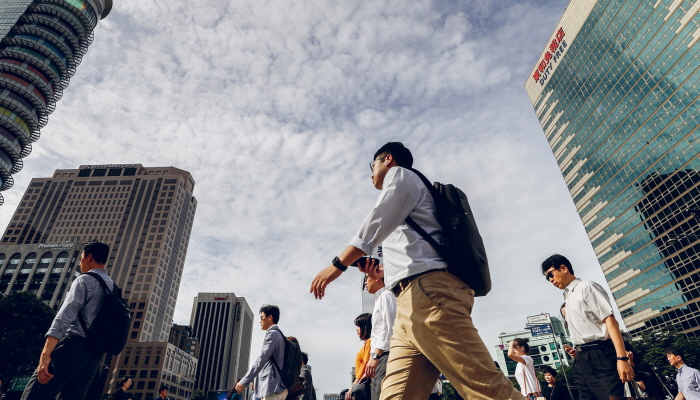 In an effort to win the hearts of the millennial generation, companies are making improvements to working conditions, including an increase in starting salaries. (Yonhap)

SEOUL, March 6 (Korea Bizwire) — Some 8 out of 10 South Korean companies said they have difficulty maintaining proper staffing due to the high rate of early resignation of members of the millennial generation.

According to a survey conducted by online job portal Saramin of 356 companies that hired new employees in the past year, 64.6 percent said they had “new employees who resign early.”

In addition, 80.9 percent of the respondents said that the ratio of early resignation of the millennial generation was higher than that of the previous generation.

The reason why millennials chose to quit work early was because they put the most importance on individual satisfaction, which accounted for 68.8 percent.

This was followed by 44.1 percent preferring “work and life balance,” 33.3 percent hating “to be disadvantaged in the workplace,” and 33.3 percent citing “lack of patience.”

The average time to quit work was within five months of joining the company.

Among companies suffering the most from such turnover, 72.2 percent said they saw a huge loss in time and money from additional hiring.

This was followed by 45.2 percent citing “increase in the workload of existing employees”, 31.7 percent saying “huge loss in job training costs” and 29.1 percent citing “setback in completing projects.”

In an effort to win the hearts of the millennial generation, 38.3 percent of companies responded that they are making “improvements to working conditions, including an increase in starting salaries.”

Following that, companies were also making efforts such as increasing mentoring sessions with senior employees, which accounted for 37.8 percent, establishing channels for communication with new employees (29.6 percent), continuous training of managers (29.6 percent), and repositioning of duties according to aptitudes (20.9 percent).

“To ensure a stable settlement of new employees, companies need to continue to communicate based on their understanding of the “millennial generation,” and identify and provide the motivational factors they want,” a Saramin official advised.