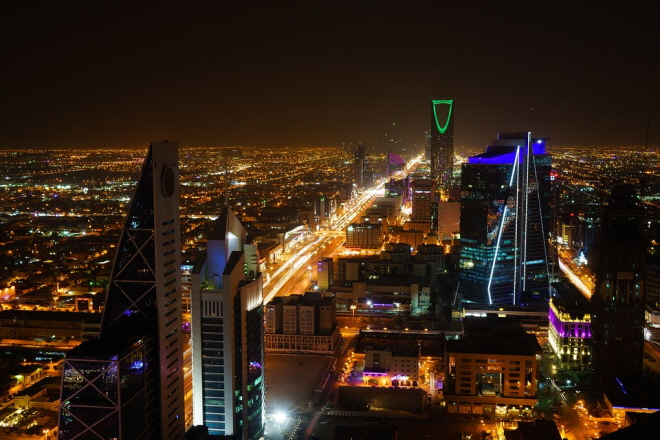 Saudi Vision 2030 is a plan to reduce Saudi Arabia’s dependence on oil and develop other industrial sectors. (image: Pixabay)

Industry Minister Sung Yun-mo met Mohammad Al-Tuwaijri, the Saudi Arabian minister of economy and planning, in Seoul. The two countries earlier formed a joint working group under Saudi Vision 2030, which is intended to reduce the kingdom’s dependence on oil and develop other industrial sectors.

South Korea is considered one of the key partners for the vision. The two countries held the first round of meetings to push forward the vision in October 2017.

“Seoul can share its technologies and experiences with Saudi Arabia so that it can speed up its efforts to diversify its industry portfolio,” Sung said, claiming that the two can mutually benefit from each other as South Korea can also seek new business opportunities.

“Saudi-Korean ties date back more than 50 years, and as we are standing here during the second Saudi Korean Vision 2030 meeting, our commitment to the relationship with South Korea is evident,” the Saudi Arabian minister said.

“The Saudi Korean Vision is not only a platform for both our governments but also for the private sector to play a stronger role in strengthening the economic relationship,” he added.

The two partners inked a memorandum of understanding to establish ties in testing energy efficiency.

South Korea and Saudi Arabia will not only promote intergovernmental exchanges but ties among their businesses as well.

In terms of government-level cooperation, they agreed to join forces in automobiles, health insurance and information and communication technology industries as well as infrastructure projects such as airports. Companies from the two countries also signed four agreements in line with the meeting in the health care segment.

The ministers agreed to continue talks on cooperating in the nuclear plant segment as well.

The two countries vowed to build a so-called youth think tank group and reflect the voices of youth in bilateral projects.

They also vowed to open a Vision Realization Office in Seoul to carry out agreements reached under the 2030 vision.