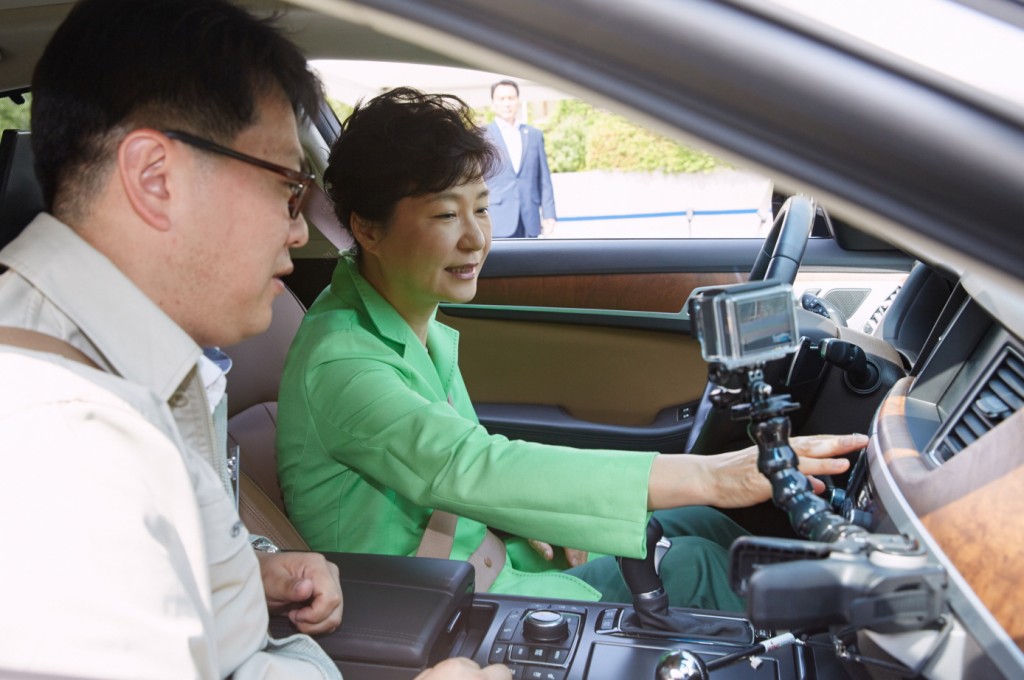 SEOUL, May 29 (Korea Bizwire) — Self-driving cars could hit South Korean roads by 2020, an official said Friday, in an apparent move to stay ahead of the global competition for autonomous vehicles.

He said autonomous vehicles could account for 75 percent of the global car market by 2030.

“We should step up efforts for the development of the unmanned vehicle industry,” President Park Geun-hye said in a meeting with more than 150 people, including scientists and engineers in the central city of Daejeon.

She said South Korea has what it takes to develop unmanned vehicles, adding that the country is the world’s fifth-largest automobile producer and is one of the most advanced countries in information and communication technology.

The government said it would improve regulations this year for a test of driverless cars on roads.