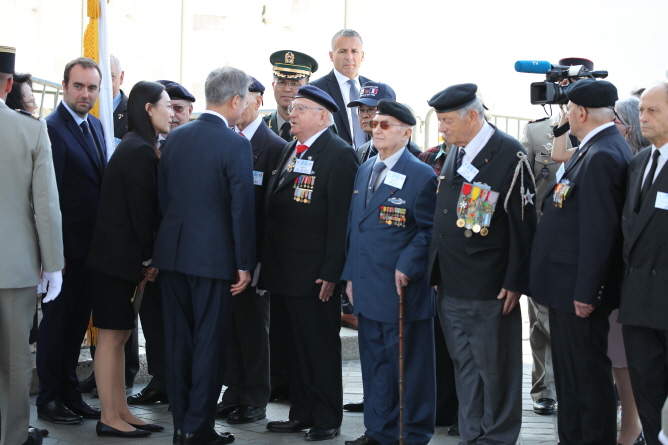 SEOUL, May 25 (Korea Bizwire) — Paul Laurent, a resident of the small city of Agneaux, located in northwestern Normandy, France, was pleasantly surprised when he opened his mailbox recently.

In the mailbox was a parcel containing protective masks sent from the South Korean Embassy in France.

“The South Korean government deeply cares for the health of all heroes who fought in the Korean War,” said Choi Jong-moon, South Korean ambassador to France, in a written letter.

Laurent, in a May 12 interview with Ouest-France, one of the country’s largest-circulation newspapers, said he was “surprised but very pleased by South Korea’s generosity,” adding that he fully understands what these masks represent.

As protective masks are being distributed to Korean War veterans in France, local media is conveying their words of thanks.

He appeared on screen wearing a hat with an inscription that said ‘Korean War Veteran’ as he read out loud the letter from the South Korean ambassador.

“I wasn’t expecting this. In France, people rarely talk about us. I ran out of masks, too, when these people never forgot about us for 70 years since the war. I am truly touched. It is heart-warming,” Oswald said.

Oswald, a retired colonel in the French Army, fought in the Korean War as well as the Algerian War. He has visited South Korea twice.

“When we were there, South Koreans treated us like princes.”

The South Korean Embassy in France will invite a number of Korean War veterans on Wednesday to hold a small ceremony to deliver the masks at its quarters.