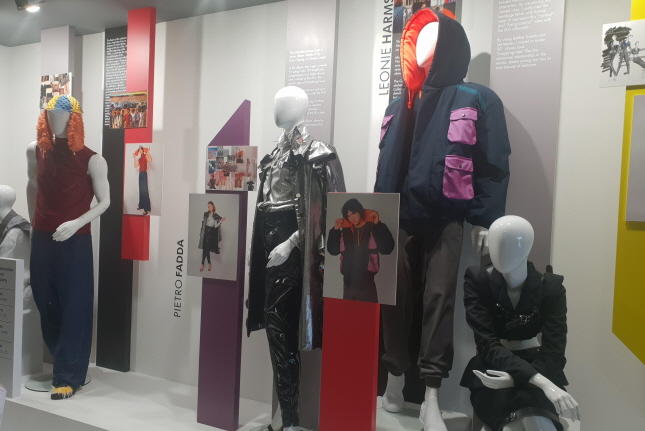 Many in the South Korean textile industry expect that the long-term relationship with the fashion institute will help promote quality textiles and fabric produced from the country. (Yonhap)

The Korea Trade-Investment Promotion Agency (KOTRA) joined hands with the institute to design the clothes since last October, using fabric produced and donated by small to medium-sized companies in South Korea.

KOTRA embarked on the project to promote South Korean fabric at the most prestigious international fair on fabric and textiles.

The agency, jointly with the Korea Textile Trade Association, donated 10-meter strips of 20 different kinds of fabric to Istituto Marangoni, where 20 students used them to create 20 designs last May.

Five of them were showcased at the fair. “Korean textiles are easy to handle,” said one of the students.

“Their fibers remain intact even when they are cut with scissors, and the sparkles they make under the light made it better for my design.”

Many in the South Korean textile industry expect that the long-term relationship with the fashion institute will help promote quality textiles and fabric produced from the country.

KOTRA plans to invite officials from the institute this October to meet with leaders of the Korean fashion industry for stronger bilateral ties.