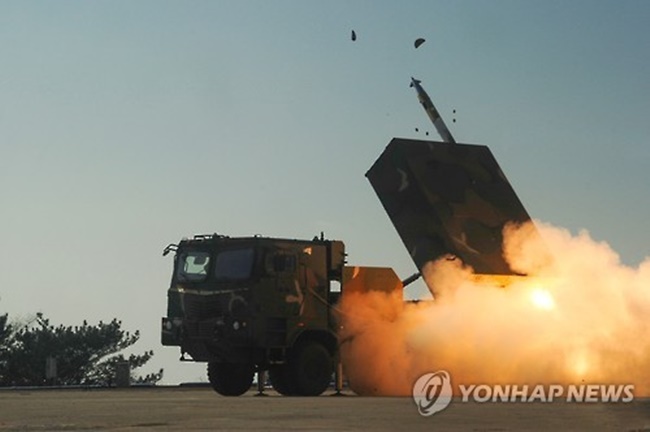 The artillery drills, held just south of the eastern border with the North, involved the military’s new 230mm Chunmoo multiple rocket launchers, according to the Army.

More than 360 rockets were fired from vehicle-based mobile launchers in a live-fire drill open to the media. Most of those hit the target about 40 kilometers away in the East Sea near Goseong, Gangwon Province, said the Army.’

It’s rare for the military to publicize a test-firing of the Chunmoo deployed in 2015. 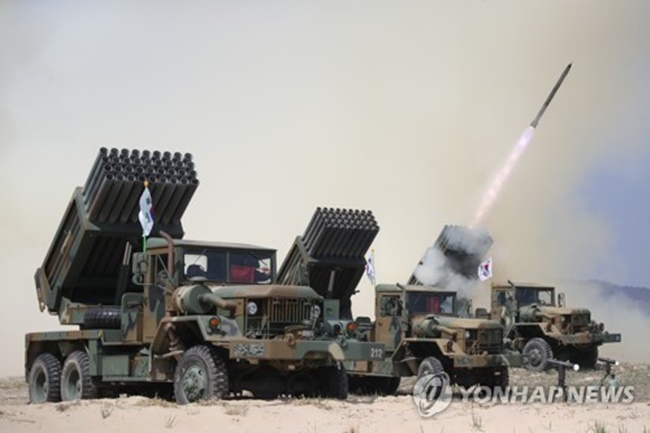 Among other weapons mobilized were the K9 Thunder 155mm self-propelled howitzer and the KH179 155mm howitzer, as well as the Army’s ARTHUR-K counter-battery radar system and unmanned aerial vehicles (UAVs).

Inspecting the drill, Defense Minister Han Min-koo ordered the military to stand ready for a “resolute and immediate” response to the North’s provocation.

He then paid a visit to the Army’s First Command in Wonju, Gangwon Province.

The minister raised the possibility of the North taking a new type of provocative act as it has come under growing international pressure and the future of its leadership system remains uncertain.’

The Army said, meanwhile, “The drill this time was held under the scenario of a North Korean military provocation on the East Sea.

It focused on reaffirming the “best-level combat readiness” to strike back at the source of an attack and its supporting force “swiftly, accurately and sufficiently,” added the Army.