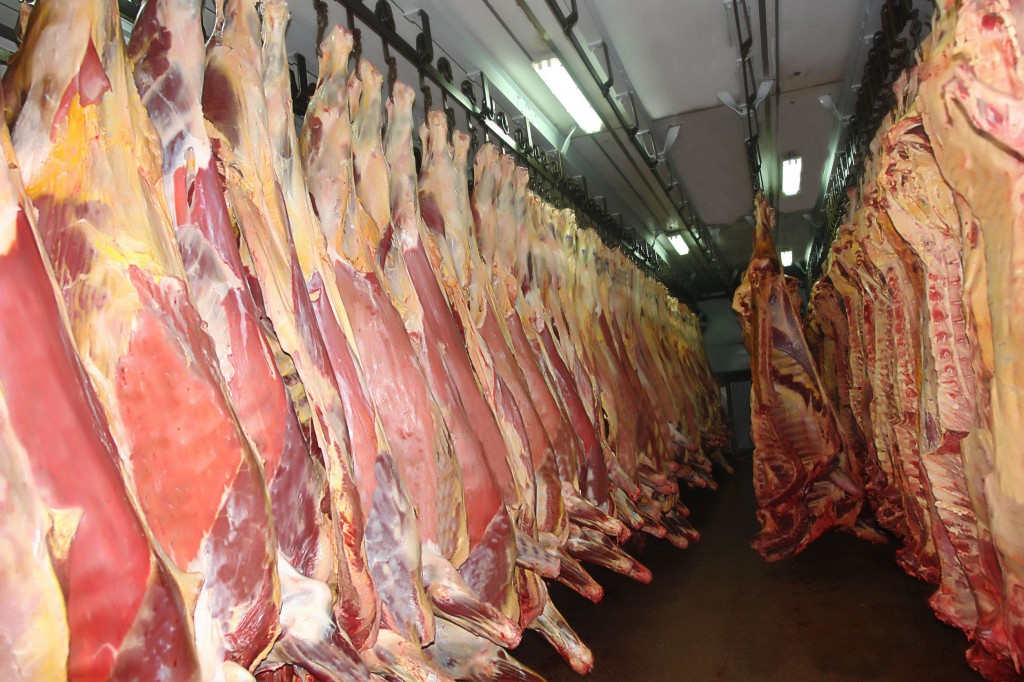 The Ministry of Agriculture, Food and Rural Affairs said it has increased sampling inspections carried out on American beef from the current 3 percent to 30 percent, after the discovery of bovine spongiform encephalopathy (BSE), commonly known as mad cow disease, from a 6-year-old cow in Florida.

The inspection involves opening the package, defrosting the meat and cutting into it for a detailed check.

The move came after the cow tested positive for BSE during a routine inspection, becoming the sixth mad cow case in the U.S. since 2003. Exposure to BSE can cause the fatal, brain-wasting Creutzfeldt-Jakob disease in humans.

The Seoul government said it has asked for additional information from the U.S. Department of Agriculture so it can take all necessary quarantine measures.

“We are taking pre-emptive measures and put public safety as a top priority,” Agriculture Minister Lee Gae-ho said in a meeting with senior officials from quarantine agencies at the government complex in Sejong. “We need to consult with the U.S. government to promptly receive quarantine inspection results and closely monitor responses in other nations.”

Currently, U.S. beef that can be imported to Korea is restricted to cattle younger than 30 months with specified risk materials (SRM) removed in the slaughtering process.

South Koreans are sensitive to the mad cow disease issue, which led to nationwide protests against U.S. beef imports in 2008.