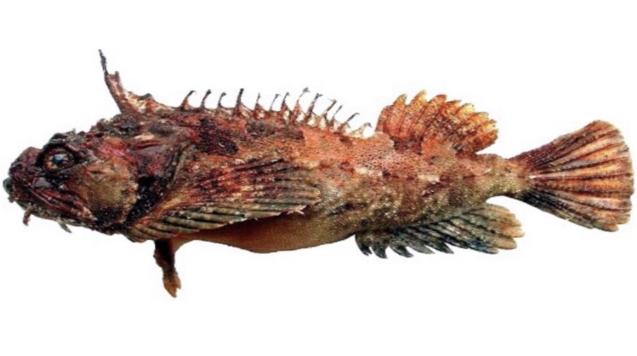 The Gangwon Fisheries Research Institute announced that it had succeeded in artificial incubation of some 200,000 sea ravens in January, after capturing a female sea raven in October of last year and carrying out experiments over an 80-day period.

The institute is currently breeding some 10,000 sea ravens, each three centimeters in length.

The primary habitat of sea ravens stretches from the coast of the Korean peninsula to the North Pacific Ocean, including the central and northern coast of Japan and the Sea of Okhotsk.

Sea ravens fertilize internally, so it takes longer for eggs to hatch. Their rather gluttonous tendencies make them fierce predators from birth, eating newborn fish from other species, making them a tough breed to procure artificial seeds.

Sea ravens have large foreheads, with bumps covering the chin, head, and the body. Despite their eccentric appearance, sea ravens are a popular ingredient in soups and sashimi.

South Korea caught 370 tons of sea ravens last year, merely half of what was caught 10 years ago.