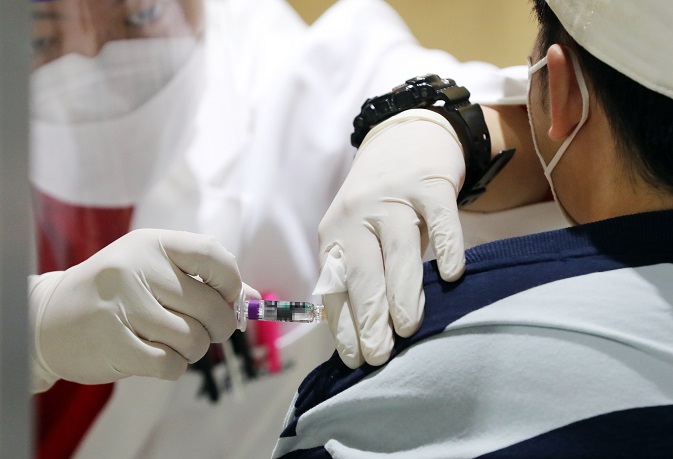 SEOUL, Dec. 20 (Korea Bizwire) — South Korea will be able to start the coronavirus vaccination of its people in the first quarter of next year on a limited basis, according to Prime Minister Chung Sye-kyun.

“Inoculation will begin as early as in February or March at the latest,” he said in an interview with KBS, a Seoul-based broadcaster.

But the vaccine produced by AstraZeneca would only be available in the first half of 2021 under a current contract, not shots made by such other foreign drugmakers as Pfizer, Moderna and Janssen, he added.

His remarks came amid growing concerns that South Korea is lagging behind other nations in the procurement of coronavirus vaccines.

The government earlier announced it has secured early access to the vaccines developed by the four pharmaceutical companies.

The vaccines are slated to arrive in South Korea in stages, not en masse, starting in the first quarter, he pointed out.

Despite the contracts, there’s “no promise” on the specific dates of when they will be shipped here, he said.

South Korea’s Ministry of Food and Drug Safety is expected to permit the use of the AstraZeneca vaccine first early next year, he added.

Chung said the government launched a task force on coronavirus vaccine procurement in July, when the number of daily infections stood at around 100.

“Thus, there’s an aspect that the government did not think (at that time) about enhancing the level of dependence on vaccines,” he said.

New virus cases have soared to more than 1,000 a day recently.

Chung then called on the government to make “wartime-like” efforts to secure hospital beds for COVID-19 patients in critical condition.

“In the case of sickbeds for critically ill patients, directly related to mortality rates, (the government) should make every effort to secure as many as possible as if it were wartime,” he said during a daily interagency meeting on the virus response.

He requested private hospitals’ cooperation in that regard and instructed related authorities to map out ways for enough support for them to take part in the campaign.

There have been continued reports of coronavirus patients in the nation dying while waiting to be admitted to hospitals.