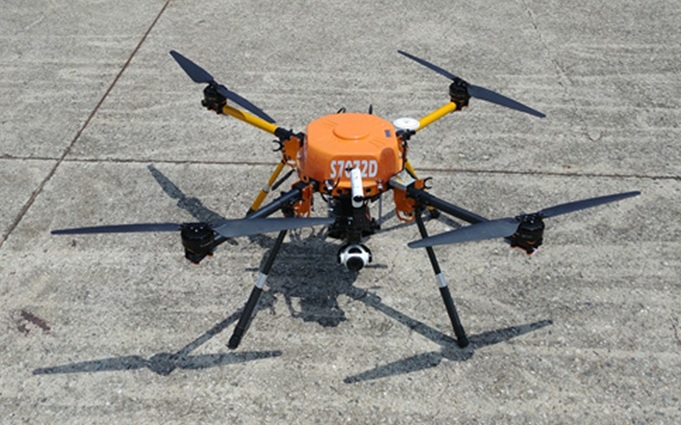 A first-aid drone that has been operated at Mount Bukhan in and around Seoul since December 2018. (image: Ministry of Environment)

The state-run Korea National Park Service (KNPS) said it plans to introduce 32 “ambulance drones” at 16 national mountain parks across the country next year.

About 2.08 billion won (US$1.75 million) has been allocated for the project in the 2020 government budget proposal, the agency affiliated with the Ministry of Environment said.

The KNPS has operated such a drone on a trial basis at Mount Bukhan in and around Seoul since December 2018.

The aircraft carries an automated external defibrillator and locates victims using GPS technology. Its cameras can also monitor safety situations on the mountain.

A KNPS official said further technological improvement is needed in some areas such as precise location capability.

“Research and development is still underway, and the timing of deployment will depend on the results,” the official said.