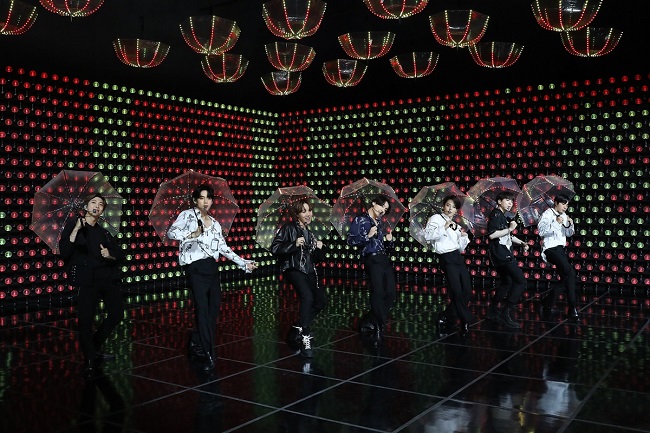 The Ministry of Economy and Finance has set aside 696.1 billion won (US$584.8 million) for next year’s budget to promote the nation’s soft power, up 42.7 percent from this year’s budget.

As people go contactless in the wake of the coronavirus pandemic, the government plans to promote Korean culture by building an online concert hall.

In June, a concert streamed by K-pop band BTS became the world’s biggest paid online music event in terms of the number of viewers.

“Bang Bang Con: The Live,” which was streamed for over 100 minutes remotely from a studio in Seoul, drew some 756,000 viewers from across the world.

Fans from 107 countries or regions, including South Korea, the United States, China, Britain and Japan, logged in to view the online event.

The concept of “Bang Bang Con” revolved around “rooms,” with “bang” being the Korean word for “room.” Throughout the show, the stage production changed constantly, presenting five scenes, or rooms, to suit the themes of the songs the band performed.

As part of the budget, the government set aside 344 billion won to globally promote the nation’s coronavirus containment efforts.

The budget will be spent to help developing nations set up their infrastructure for public health crises and develop treatment drugs against infectious diseases, according to the ministry.