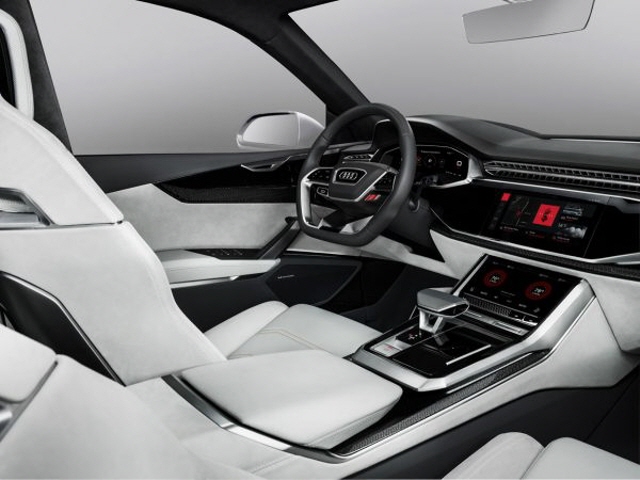 Samsumg’s Exynos Auto 8890 processor will be used in the in-vehicle infotainment system for Audi’s A4. (image: Audi)

SEOUL, Jun. 17 (Korea Bizwire) — For a car to truly drive itself without user control, it needs to be continuously aware of surroundings and make split-second decisions in any situation via the vehicle’s autonomous driving system.

As a self-driving car’s system must be based on complex data sets to navigate the road and electronics play an increasingly key role for automobiles, it presents a potentially fertile ground for South Korean chipmakers, and they seem to have realized this.

Samsung Electronics Co. and SK hynix Inc. — the world’s two biggest memory chip makers — have been tapping opportunities in the fledgling automotive semiconductor market, as part of efforts to diversify their core business away from traditional DRAM and NAND chips, and weather cyclical industry downturns.

In 2018, the automotive chip was the fastest growing segment of semiconductors, marking the third-largest end-market for semiconductor applications, with US$53.9 billion in sales, or 11.5 percent of the total, according to the World Semiconductor Trade Statistics (WSTS).

Market watchers say a more widespread adoption of Level 5 vehicles, which can drive without a human behind wheel, could accelerate the demand for memory chips even further.

Samsung has been promoting its Exynos Auto solutions to realize a future where passengers can enjoy videos and answer video calls, while autonomous vehicles navigate the best routes to drive them safely to their destinations.

To expand applications in next-generation cars, Samsung has been collaborating with German automaker Audi since 2015 to make its Exynos processors and advanced memory solutions available in its luxury vehicles.

Its Exynos Auto 8890 processor will be used in the in-vehicle infotainment system for Audi’s A4, which enters the European market in the fall, to power its multimedia interface, vehicle status control and navigation display, the company said earlier.

While its processing chips serve as the artificial “brains” for self-driving cars, Samsung said it is also working on various non-memory chips for cameras and sensors to give them “eyes” to expand its automotive solution portfolio.

“Along with its Exynos offerings, Samsung also plans to develop a wide array of logic (integrated circuits) solutions for upcoming automotive applications,” Samsung said on its website.

“Image sensors, working as the eyes of future vehicles, will have further improved frame rates and light sensitivity for thorough monitoring and sensing the driving environment.”

The vehicle components for future smart cars is part of the South Korean tech giant’s broader plan to foster new growth engines, such as AI and 5G, to tackle rising challenges from falling prices of memory chips and an intensifying trade war between the United States and China, its two biggest export markets.

SK hynix Inc., the world’s No. 2 memory chip maker, has also been exploring ways to expand the use of its high-performing memory in next-generation cars since establishing an automotive strategic team in 2016.

The company said its DRAM and NAND flash chips, which use less power and process data at faster speeds, are designed for advanced driver-assistance systems and the in-vehicle infotainment market, which accounts for less than 5 percent of its revenue.

To get an early lead in the driverless car industry, the government also vowed to step up collaboration with local chip makers, fabless companies and auto parts makers to develop technologies and create demand in related fields.

Last month, the Ministry of Science and ICT said it will spend 14.3 billion won (US$12 million) in the next three years in the automotive semiconductor development, which is part of its 247 billion-won investment plan for the next decade to build up fundamental technologies in AI chips.

Industry experts say it is the right time for the Korean chipmakers to up the ante to develop advanced automotive solutions for self-driving computer boards to reap profits when the market’s ready.

“As the self-driving car market is only in the beginning stage, it’s important to make the first move to develop related technologies to be part of a major player in the emerging industry,” said Ahn Ki-hyun, a senior official at the Korea Semiconductor Industry Association.

According to a report by IT industry researcher Gartner Inc., the chip market for self-driving cars is expected to reach $26.3 billion in 2025, with upward of some 2,000 chips being used in a single completely autonomous vehicle.

This is up from the around 100 chips used in less capable models being built at present.