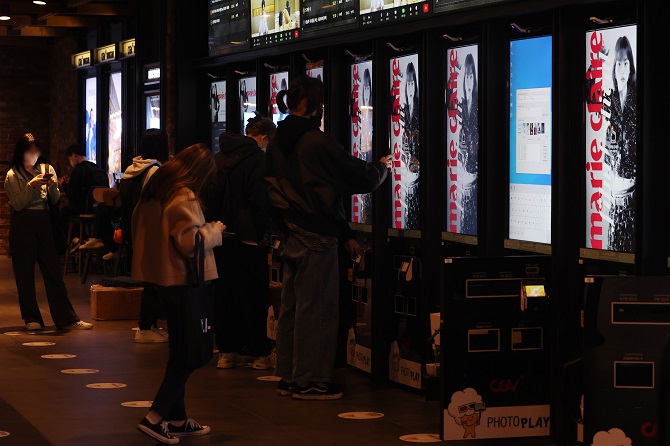 In this file photo taken March 25, 2022, moviegoers wait in line to buy movie tickets at a Seoul theater. (Yonhap)

SEOUL, May 17 (Korea Bizwire) — South Korea’s major cinema chains remained in the red in the first quarter of this year amid the protracted COVID-19 pandemic, but the lifting of distancing rules will likely provide them fresh momentum for a possible turnaround in the coming quarters, data showed Tuesday.

CJ CGV, the No. 1 multiplex operator under the wing of entertainment giant CJ Group, said its operating loss reached 54.9 billion won (US$42.9 million) for the first three months of 2022, narrowing from an operating deficit of 62.8 billion won a year ago.

Its sales jumped 29.4 on-year to 233.3 billion won for the first quarter from 172.5 billion won thanks to increased ticket sales of the smash-hit blockbuster “Spider-Man: No Way Home.”

It posted 73 billion won in sales over the cited period, up 82.5 percent from 40 billion won a year earlier.

Contentree Joongang, formerly J Contentree, which owns Megabox, also remained in a slump in the three-month period, logging an operating deficit of 31.8 billion won, sharply widening from an operating loss of 3.7 billion won. 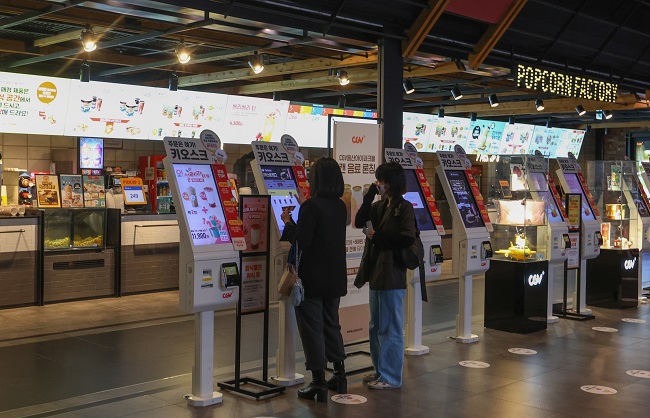 Experts said an increase in the number of moviegoers, led by “Spider-Man,” helped the local multiplex operators receive better balance sheets than the previous year in terms of quarterly sales.

A total of 11.8 million people went to cinemas in the January-March period, up 44.5 percent from a year earlier, while the aggregated revenues soared 52 percent on-year to 113.5 billion won for the first quarter.

But the rapid spread of the omicron variant at the beginning of this year and strict social distancing rules, including a food ban in theaters, offset the improvement and kept the companies from staying afloat.

The cinema industry, however, is expected to experience a rebound in the coming months, as South Korea’s COVID-19 social distancing restrictions, including middle-seat vacancy rules, business hour curfews and a food ban in indoor public places, were scrapped from April 18 as part of the country’s efforts to return to pre-pandemic normalcy.

At the same time, scheduled releases of foreign and homegrown blockbusters, including the action comedy “The Roundup” and the sci-fi adventure “Jurassic World Dominion,” are also expected to play a role in bringing more people back to theaters.

“Now we are on track to overcome the COVID-19 pandemic and go back to normal,” Min-hoi Heo, CEO of CJ CGV, said in a statement.

“Thanks to the releases of Hollywood blockbusters and homegrown films, we expect to make a turnaround in the second quarter.”