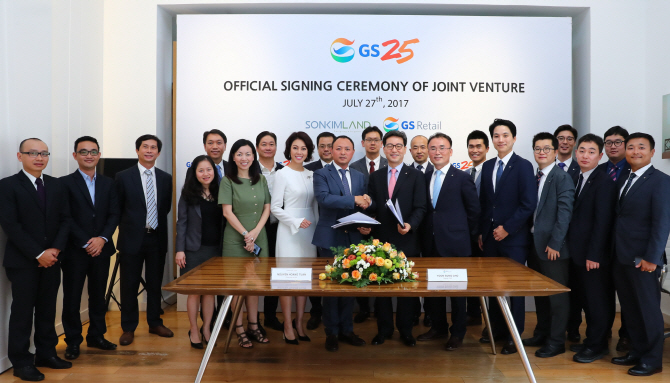 The Korean firm said it signed a deal with SonKim Group in Ho Chi Minh City on Thursday to set up a joint venture with a plan to open the first GS25 store in the Vietnamese city within the year.

The announcement came as the competition in South Korea’s convenience store business, dominated by three chains — CU, GS25 and 7-Eleven — is heating up with an increase in the number of outlets.

The market size for convenience stores in South Korea surpassed the 20 trillion won (US$17.5 billion) mark last year, up 18.6 percent from 17.2 trillion won the previous year, backed by the fast-growing number of single-person households and an aging society, according to industry data.