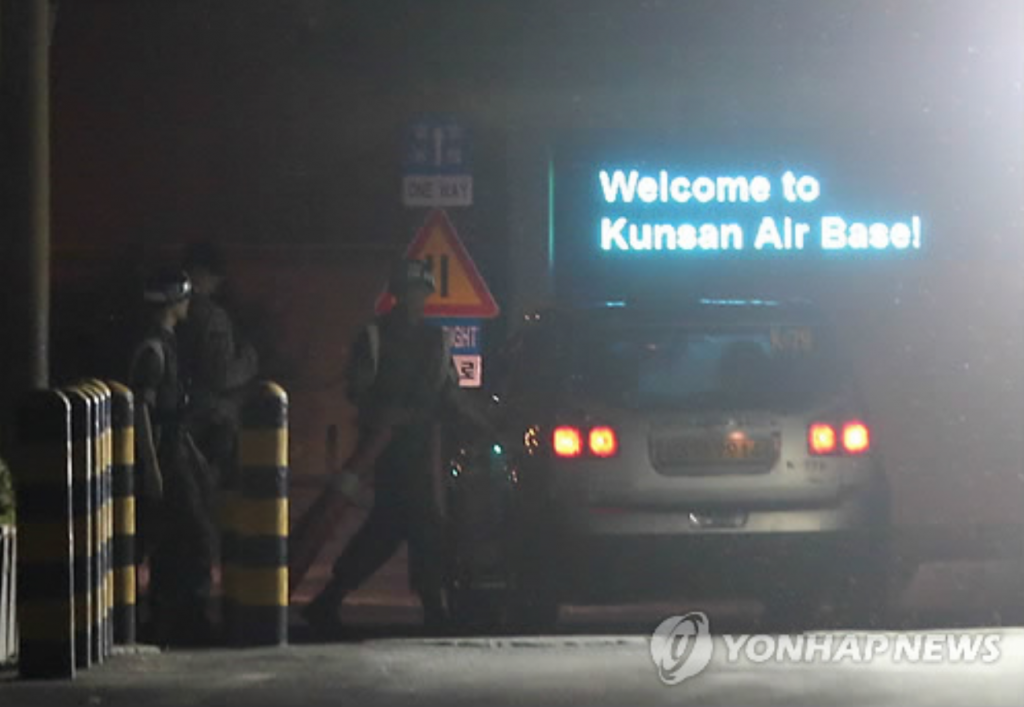 A vehicle entering the U.S. air base in Gunsan, 274 kilometers southwest of Seoul, is put through a security check on June 19, 2016. South Korea’s National Intelligence Service said on the same day that the Islamic State has designated U.S. Air Force installations and South Korean citizens as targets of its attacks through a messaging service. (image: Yonhap)

SEOUL, June 20 (Korea Bizwire) – South Korea’s military is willing to provide security forces to the United States’ military units in the country to fend off potential terrorist attacks by the militant Islamic State (IS), which threatened to launch attacks against American installations here, the Joint Chiefs of Staff said Monday.

South Korea’s police and military are stepping up their anti-terrorism readiness after the National Intelligence Service, the country’s spy agency, said a day earlier that IS designated U.S. Forces Korea (USFK) air force facilities and a South Korean national as targets of attacks.

The intelligence agency said the mapped locations of the USFK’s air bases in Pyeongtaek and Gusan were among the 77 air forces facilities of the U.S. military and the North Atlantic Treaty Organization whose locations were exposed recently by IS on the internet messenger program Telegram.

“The joint chiefs have been informed of the related intelligence from concerned institutions and relayed them to the Combined Forces Command (between South Korea and the U.S.) and we are taking necessary preparations,” a JCS official said.

“South Korea is working with the Combined Forces Command to tighten the protection of USFK bases and we also plan to provide security forces if there is a request (from the USFK),” he also said.

The official said the South Korean military had already revised up its terror alert in November to deal with potential terrorist attacks.