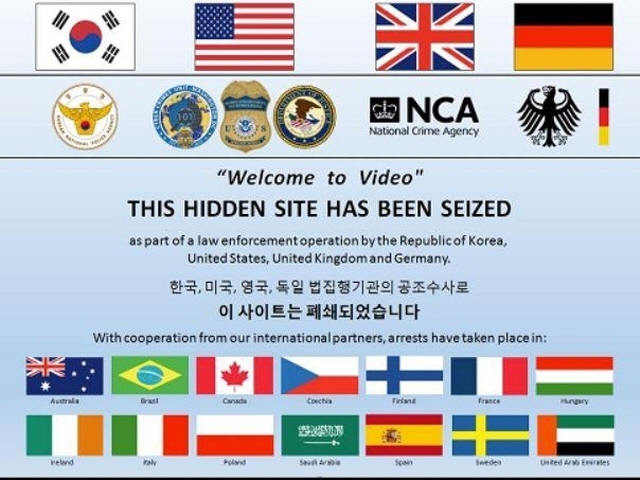 The access page of Welcome to Video, a child pornography site, has been closed. (image: National Police Agency)

SEOUL, Oct. 17 (Korea Bizwire) — Law enforcement bodies of 32 countries including South Korea, the United States and Britain have arrested the operator and more than 300 users of a huge child pornography site on the dark web, South Korean police said.

The National Police Agency’s Cyber Bureau said Wednesday it has busted 310 site users, including 223 South Koreans, since it launched a joint investigation into the site named Welcome to Video in September 2017.

Last year, police tracked down a 23-year-old South Korean who operated the site, identified only by his surname Son, and sent him to the prosecution.

The site is known to have had 4,000 people as paid members.

Son is serving his sentence of one year and six months on child pornography charges, according to police.

The dark web, developed by U.S. military authorities and often used by criminals to trade firearms, narcotics, counterfeit money and other contraband, can only be accessed through special software for anonymity.

In launching the investigation, the South Korean police agency has worked closely with the U.S. Department of Homeland Security, the U.S. Attorney’s office, the U.S. Internal Revenue Service and Britain’s National Crime Agency.

It also thanked its international partners for playing important roles in the investigation.

The South Korean police agency said it has posted a message on the site’s access page that it is closed due to the international joint investigation.