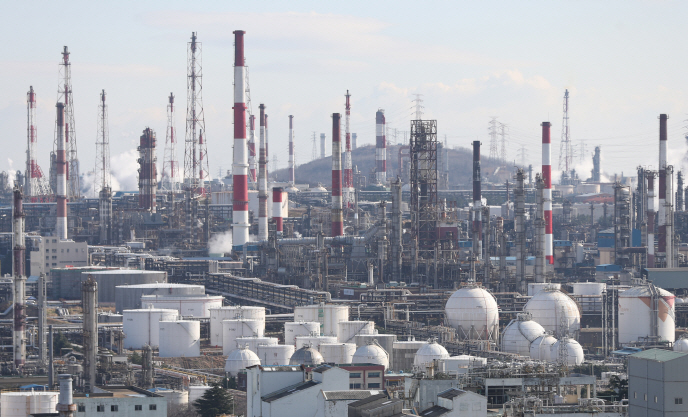 The share of Middle East in the nation’s crude imports stood at 67.1 percent in the first ten months of this year, up more than 8 percentage points from a year ago, according to the Korea Petroleum Association.

Since the price of Dubai crude oil, South Korea’s benchmark, became more expensive than that of the U.S. West Texas Intermediate (WTI) crude in the 2010s, domestic oil refiners have tried to diversify their import channels as well as to reduce dependence on the Middle East.

After peaking at 81.7 percent in 2017. the share of Middle East in the nation’s crude oil imports has been on a downward trend, falling to 59 percent last year.

However, after the international community levied sanctions on Russia for its invasion of Ukraine, Russian oil is being replaced by Middle Eastern oil.

The nation’s imports of Middle Eastern naphtha, which is essential for the production of plastic materials, have also increased recently.

However, some experts warned that the reliance on Middle Eastern oil and naphtha could result in supply-demand instability and a higher cost burden if the region’s geopolitical risk grows.