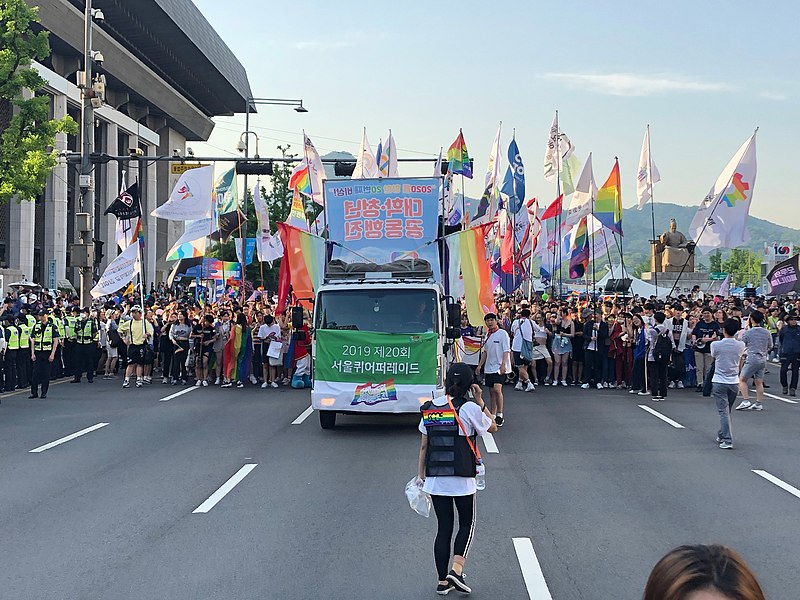 In a press conference held in downtown Seoul, the group urged the country to acknowledge persistent racial discrimination against migrant workers and other minorities.

“Although the country ratified the International Convention on the Elimination of All Forms of Racial Discrimination of the U.N. in 1979, it fell short of banning such acts under the law and has received remedial recommendations,” read the statement released by the group.

The advocate group, made up of activists from the country’s four major religions — the Catholic Church, Protestant Church, Buddhism and Won Buddhism — was formed in 2014 in order to enhance the rights of social minorities.

“The country should drop its cavalier approach that racial discrimination is the problem of other nations, and should enact a law that corresponds with the human rights standard of the U.N.,” the statement added.

It refers to the statewide protests against the killings of African-Americans by law enforcement officers in the United States, including the case of George Floyd in Minneapolis. 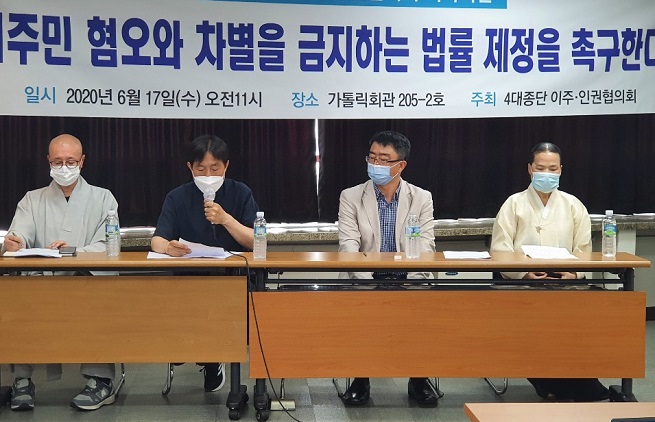 A religious group for minorities holds a press conference in Seoul on June 17, 2020. (Yonhap)

The group specifically pointed out the hardship facing migrant workers in the country at early stages of the COVID-19 pandemic when trying to access pandemic-related information and buying face masks.

It urged the government to look into whether migrant workers encounter extra difficulties stemming from “lax regulations and unfair policy” toward them in times of national crisis.

“Now is time for the National Assembly and the government to act, and it is necessary to have laws that ban racial discrimination and hatred (based on skin color),” it argued.

Pastor Woo Sam-yeol from the National Council of Churches in Korea said, “Our society does not understand how serious the country’s racial discrimination problems are,” adding that the issue is not about pros and cons but is something that should be completely eradicated.