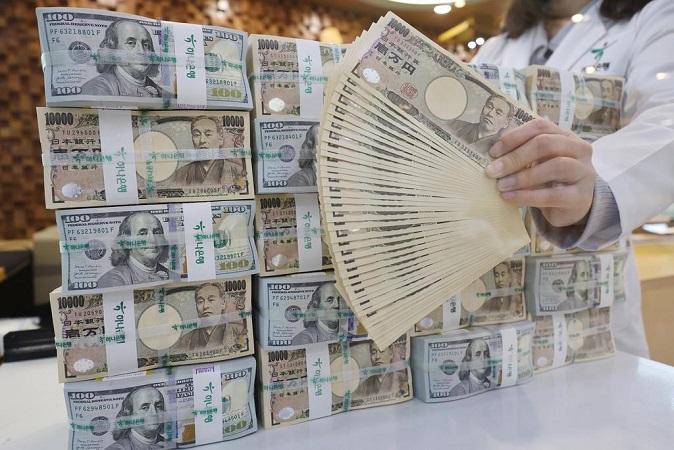 A clerk scrutinizes 10,000 yen Japanese banknotes at the headquarters of Hana Bank in Seoul on April 20, 2022, to see whether there are any counterfeit bills. (Yonhap)

SEOUL, Sept. 14 (Korea Bizwire) — An increasing number of South Korean retail investors are buying Japanese stocks, which are showing stable movement on the back of the recent plunge in the yen’s value.

According to the Korea Securities Depository, domestic investors net purchased US$9.46 million worth of Japanese shares during the period from August 1 to 31, up 33 percent from a month ago.

After remaining in negative territory in May and June, local investors’ net purchase of Japanese stocks started rising in July.

For retail investors, the trading volume of Japanese shares, including selling and buying, totaled 9,740 transactions in August, up from 7,611 in July and 6,531 a year ago.

This figure represented the highest volume since data started being compiled in 2011.

Unlike the indices of other major countries that marked a rapid slide this year, the Nikkei 225 index has slipped only by 2.52 percent compared to the beginning of the year.

In contrast, domestic investors are dumping U.S. stocks primarily due to the weak stock market and increase in the dollar’s value.