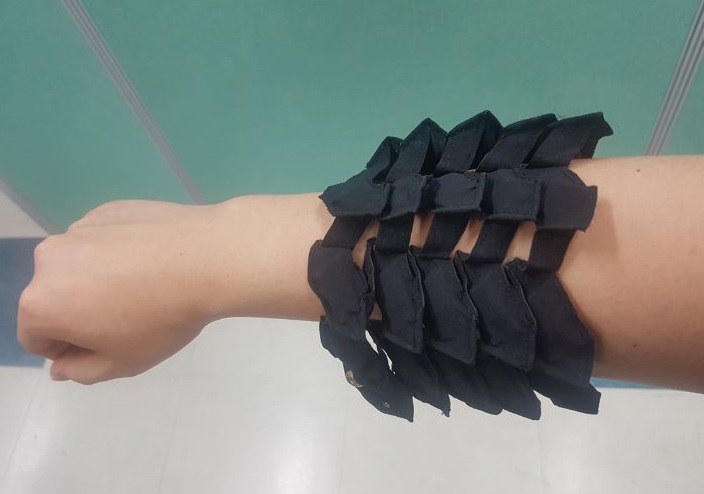 The flexible, stretchable battery developed by the Korea Institute of Machinery and Materials is shown on an individual’s arm and hand in this photo provided by the institute.

DAEJEON, Sept. 29 (Korea Bizwire) — The Korea Institute of Machinery and Materials, an institute under the jurisdiction of the Ministry of Science and ICT, said Tuesday that it had developed a flexible, stretchable battery that bends and stretches like a snake.

With a mechanical structure resembling a snake’s scales, the new battery can easily be stretched in different directions, while featuring a high level of safety and performance.

Small hexagonal battery cells made of lithium polymer were connected with polymer and copper materials using a hinge mechanism to fold and unfold.

The new battery can be used in a wide range of areas, including soft robots and wearable devices.

The research team noted that thanks to their ability to move flexibly even in narrow spaces blocked off by obstacles, these batteries can be used to power rescue robots in disaster situations.