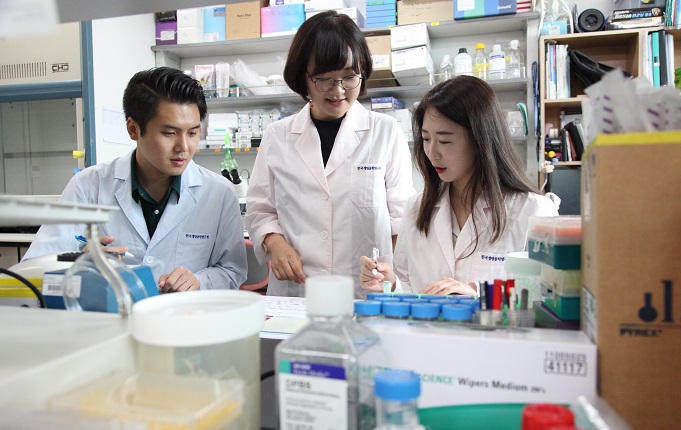 The Korea Research Institute of Bioscience and Biotechnology had developed an intestine organoid which is expected to clear the way for new research into intestinal microorganisms. (image: KRIBB)

The Korea Research Institute of Bioscience and Biotechnology announced on Monday that it had developed an intestine organoid which is expected to clear the way for new research into intestinal microorganisms.

Existing research on intestinal microorganisms has been carried out mainly by using two-dimensional cultivated cells.

Such cells, however, cannot fully reflect the properties of the human intestine, thereby having limits as a model for research into host cells and intestinal microorganisms.

The research team applied its unique in-vitro maturation technology to the intestine organoid that was developed from three-dimensional stem cells which can diverge into various types of cells.

By doing so, the research team developed an intestine organoid that has a similar environment to a human intestine.

The newly-developed organoid has functional goblet cells which secrete mucin, a material that intestinal microorganisms need to attach to and thrive on the epidermis of the intestine.

The functional goblet cells form a layer of mucin and improve the function of the intestine wall, creating an environment similar to the real human intestine.

It’s also confirmed that lactobacillus known as useful probiotics can prosper in the newly-developed organoid.

The research team stressed that this proves the effectiveness of the newly-developed intestinal microorganism research model.