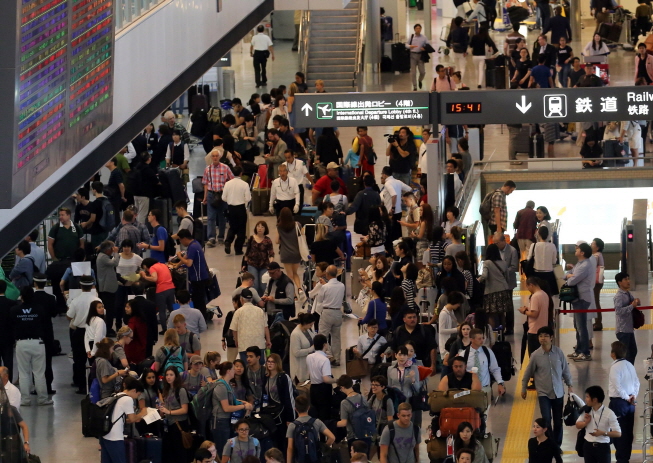 TOKYO, Feb. 20 (Korea Bizwire) — Nearly 780,000 South Koreans traveled to Japan in January, the largest number among foreign visitors to the nation during the month, according to a news report Wednesday.

The figure is the biggest by country and region, although it represents a 3-percent decline from the same period last year.

It shows that Japan remains popular among South Korean travelers in spite of sharp diplomatic tensions between the two nations, primarily over Japan’s wartime atrocities.

The two sides have also been at loggerheads over Tokyo’s assertion that a South Korean naval destroyer locked fire-control radar on a Japanese maritime patrol plane during a low-altitude flyby in December.