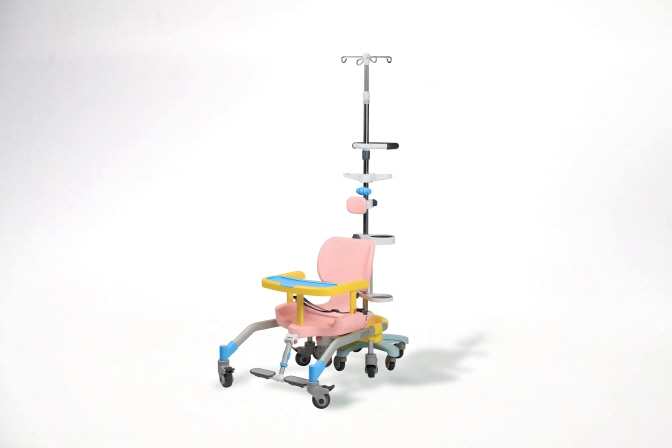 ULSAN, May 3 (Korea Bizwire) — A research team led by professor Kim Cha-joong from the Ulsan National Institute of Science and Technology (UNIST) has developed IMON, an IV stand designed for child patients.

Unlike IV stands for adults, IMON comes with a seat that children can sit on.

The stand can also carry various medical tools for diagnosis, air tanks, and devices to prevent IV cords from tangling on its portable storage box. Tables can also be set up to allow children to read books or play board games.

The stand was part of an innovation project led by Ministry of Trade, Industry, and Energy. The research team worked with Design Busan, a South Korean design company, to develop the stand.

The research team and Design Busan plan to work on additional design to introduce the stand in the commercial market early next year.

“We created IMON based on the data we’ve collected by observing child patients and conducting interviews with parents and nurses,” said Prof. Kim.

“IMON will provide children with an enjoyable ride experience that will help them forget about the fears and anxieties of getting an IV.”