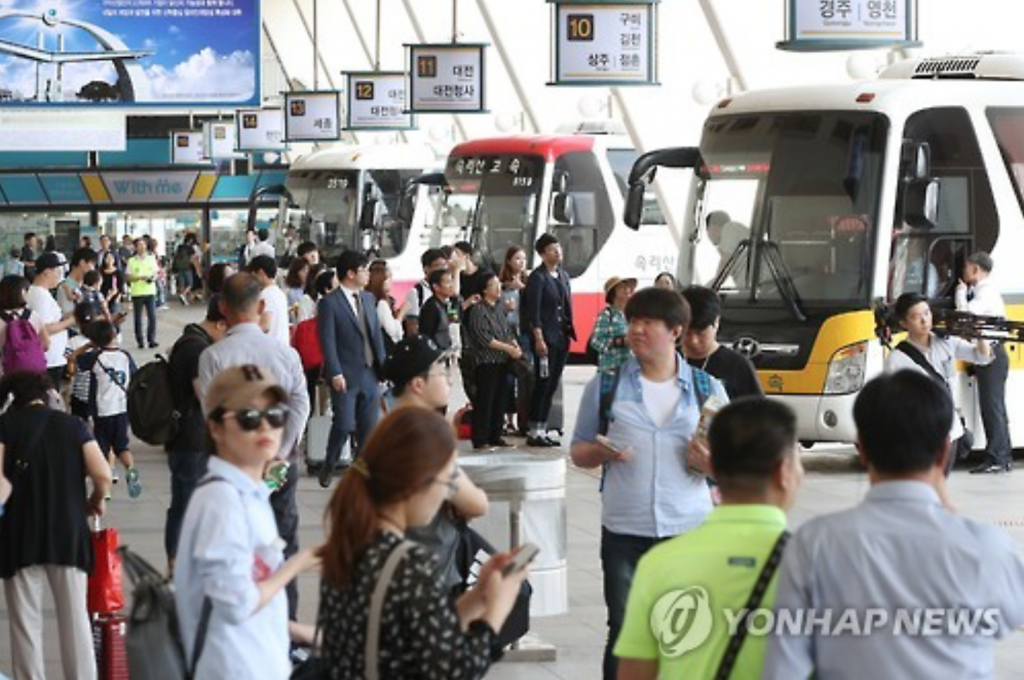 A bus terminal in southern Seoul is crowded with homebound travelers on Sept. 13, 2016, as South Korea’s annual exodus for the Chuseok fall harvest holiday begins. South Koreans reunite with family members on Chuseok, which falls on Sept. 15 this year, and offer a ritual feast to their ancestors. (image: Yonhap)

SEOUL, Sept. 13 (Korea Bizwire) – An annual mass migration started in South Korea on Tuesday as people headed for their hometowns for one of the country’s major traditional holidays.

Chuseok, the equivalent to Thanksgiving in the United States, falls on Thursday this year, with the official holiday period running from Wednesday to Sunday.

Along with Seol, or Lunar New Year’s Day, Chuseok marks South Korea’s longest holiday in which many South Koreans head back to their hometowns for ancestral rituals and to spend time with their families.

Travelers streamed into the main train station in central Seoul, which links the capital to regional cities and towns across the country, as well as into express bus terminals.

“The number has been constantly increasing since noon and it will reach its peak at around 7 to 8 p.m. when most travelers hit the road after quitting time,” a KEC official said, asking not to be named.

The total number of vehicles using the highways throughout the country is expected to reach about 4.6 million on Tuesday, according to KEC.

The estimated number of travelers during the holiday period hovers around 37 million in total, according to the Korea Transport Institute.