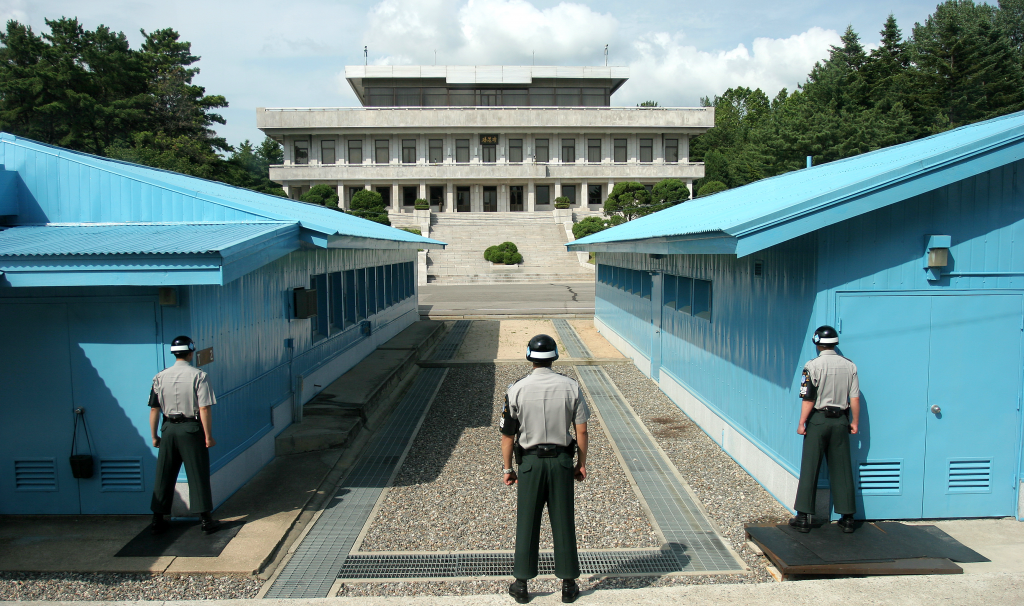 The Joint Security Area (JSA) is the only portion of the Korean Demilitarized Zone (DMZ) where North and South Korean forces stand face-to-face. (image: Wikipedia)

Without the government’s approval, they held a meeting with their North Korean counterparts in Shenyang in late May to discuss how to hold a joint summit event designed to commemorate the historic inter-Korean summit in 2000.

By law, South Koreans are required to win Seoul’s approval for either meeting with North Koreans in a third country or visiting North Korea. The North’s consent is also required for South Koreans to travel to the communist nation.

“As they violated the law on inter-Korean exchanges, the government has slapped fines worth less than 2 million won (US$1,705) each on the seven people,” said a government official.

In Shenyang, the South and North’s groups agreed to hold a joint event this month to mark the 16th anniversary of the inter-Korean summit in the North’s border city of Kaesong.

They also decided to host a jointly-arranged celebration for the 71st anniversary of Korea’s liberation from Japan’s 1910-45 colonial rule in August in Seoul.

The ministry said it also rejected the group’s bid to visit Kaesong for the summit event slated for Wednesday.

South Korea has suspended almost all inter-Korean civilian exchanges and is not allowing South Koreans to visit North Korea.

The two Koreas are still technically at war since the 1950-53 Korean conflict ended in a truce, not a peace treaty.