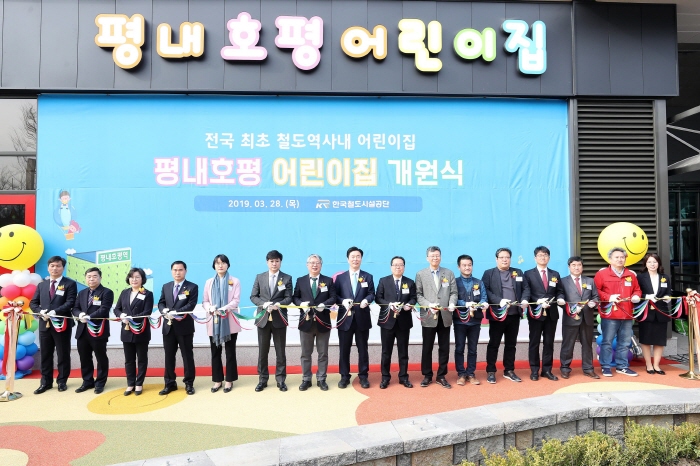 DAEJEON, Mar. 29 (Korea Bizwire) — A daycare center has opened inside a train station for the first time in South Korea.

The Korea Railroad Network Authority (KRNA) held a ceremony on Thursday to open a daycare center at Pyeongnae–Hopyeong Station on the Gyeongchun Line in Namyangju, Gyeonggi Province.

In order to solve the child care problem of working couples commuting to and from downtown, the KRNA has set aside 1.65 billion won (US$1.45 million) for its own projects to realize the social value of using railway facilities.

The total area of 432.3 square meters, including indoor space and an outdoor play area, S. Korea’s First ‘Train Station Daycare Center’ Opens in Namyangjuconsists of three daycare centers and outdoor playgrounds, which are expected to allow about 30 children to stay safe and comfortable.

The daycare center at the railway station was the brainchild of an employee at the KRNA who has a child in kindergarten, and received the grand prize in the public sector in an idea contest organized by the Public Workers Solidarity Foundation in August of last year. 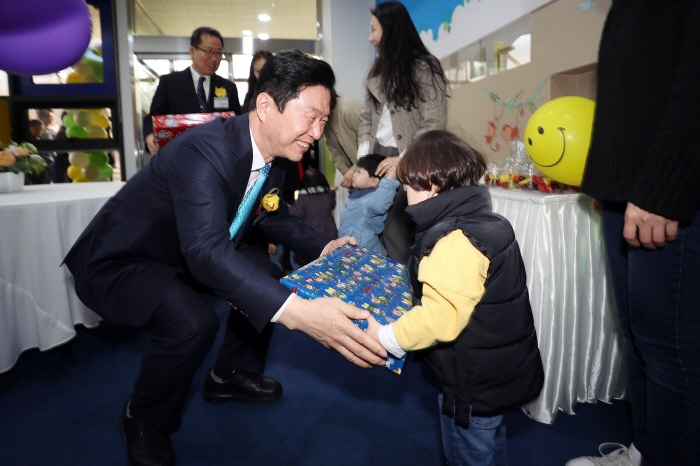 The authority signed a business agreement with Namyangju City to operate the Pyeongnae–Hopyeong Station Daycare Center, while the Public Workers Solidarity Foundation provided 100 million won for purchases such as textbooks and toys for children to use.

The daycare center will be a good example of contributing to the community by utilizing public facilities.

Authorities plan to find various ways to use the railway so that it can create social value rather than just act as a means of transportation.