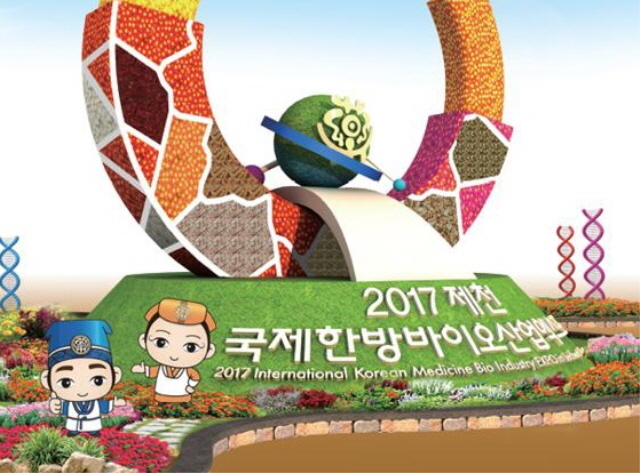 JECHEON, Aug. 3 (Korea Bizwire) — The city of Jecheon, central South Korea, will play host to an international exhibition focused on the Korean medicine and biotech industry in September in a bid to develop the Korean herbal medicine-based biotech industry into a future growth engine, organizers said Thursday.

The upcoming World Korean Medicine-Bio Industry Expo comes six years after the Jecheon municipality in North Chungcheong Province held an inaugural international fair on “hanbang,” or traditional Korean medicine, and the Korean biotech industry in 2010. Through the fair, Jecheon has been able to promote its image as an industrial town centered around hanbang.

The envisioned exhibition is expected to bring together 800,000 people, including 40,000 foreign tourists, with representatives from 250 South Korean and foreign companies to hold business and export negotiations with more than 3,500 buyers.

North Chungcheong Gov. Lee Si-jong, who serves as chief of the exhibition’s organizing committee, said that this year’s hanbang and biotech industry fair, which has gained the status of a business to business-oriented international event from the government, is aimed at intensifying the government pitch for the importance and effectiveness of building up the Korean medicine and biotech industry.

The governor also expected, “The Korean herbal medicine-biotech industry in Jecheon, created through a fusion of the biotech industry developed by the North Chungcheong provincial government and Jecheon’s Korean medicine industry, will take the stage as a future industry.”

Joung Sa-whan, secretary-general of the organizing committee, said the exhibition will give a boon to the global natural product market, closely related with the Korean medicine industry, given that the industries of Korean medicine, biotech and natural products are expected to take the lead in the development of the fourth industrial revolution that is underway worldwide.

The global natural product market, estimated at around 1,000 trillion won (US$890.47 billion), is forecast to grow at a clip of 8 to 10 percent per annum, Joung said.

The regional government and the Jecheon municipality will cohost the exhibition, while 19 government agencies and public institutions, including the ministries of industry and trade, interior, culture and the Korea Trade-Investment Promotion Agency, are to give support to the event.