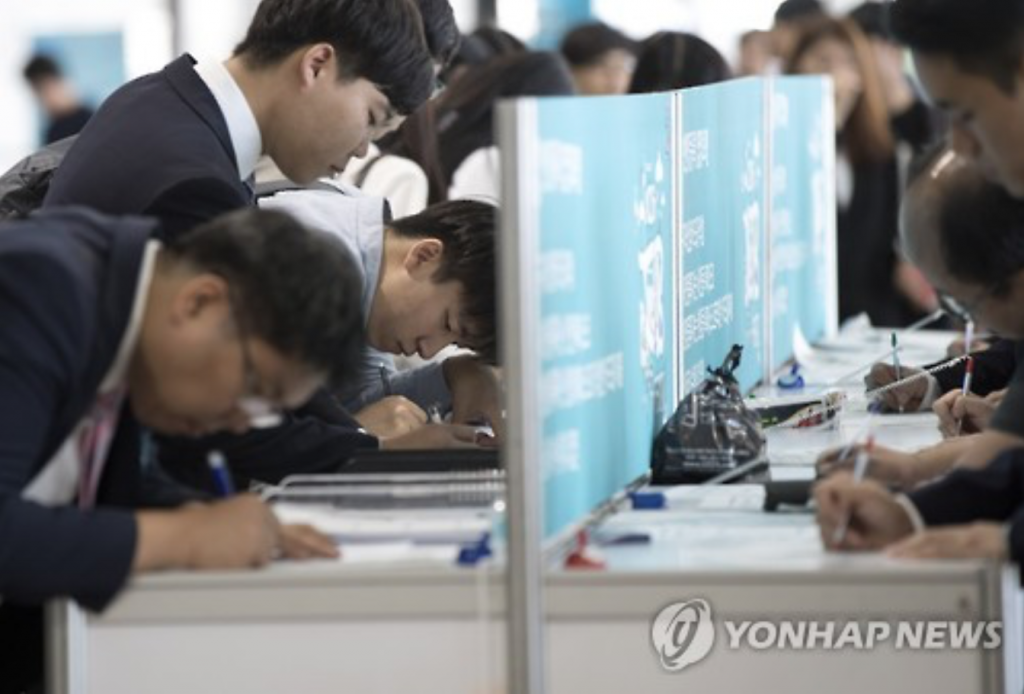 SEJONG, Oct. 12 (Korea Bizwire) – South Korea’s jobless rate rose in September from a year earlier due mainly to a protracted slowdown in the manufacturing sector and exports, a government report showed Wednesday.

The unemployment rate in Asia’s fourth-largest economy stood at 3.6 percent last month, compared with 3.2 percent tallied a year earlier, according to the report compiled by Statistics Korea.

It marked the highest rate for the month of September in 11 years.

The number of employed people stood at 26.5 million in September, up 267,000 from a year earlier, with the monthly gain dropping sharply from the previous month’s 387,000.

The unemployment rate for young people, aged between 15 and 29, reached 9.4 percent last month, up slightly from July’s 9.3 percent. It also hit the highest rate for September since the statistics agency started to compile such data in 1999.

The office attributed the record-breaking figures in jobless rates for September to the sluggish manufacturing sector, which has played a big role in employment for decades.

The manufacturing sector newly hired around 150,000 people every month throughout last year, but the figure plunged to 20,000 in June. It posted negative growth in July for the first time in 49 months. Companies reduced their workforces by 59,000 in July and 70,000 in August.

“South Korea is a manufacturing-based country, and the manufacturing industry is closely linked with the country’s exports,” said Sim Won-bo, head of the agency’s employment statistics division.

“A global economic and trade slowdown dragged down exports and the manufacturing sector’s employment capability at the same time.”

He said the on-going corporate restructuring efforts, especially in the shipbuilding and shipping industries, also affected the drop in manufacturing employment.

The agency said the monthly retreat is also led by the construction and wholesale sectors.

Local builders hired an additional 41,000 people last month from a year ago, down from a gain of 71,000 in August, while wholesale and retail companies employed 88,000 more workers, compared with the previous month’s 141,000 in preparation for the Chuseok fall harvest holiday.

“The manufacturing sector will keep struggling with the continuing restructuring and strikes, with the implementation of the anti-graft law,” it said. “The government will take all-out fiscal measures to prop up the economy and reinvigorate confidence in consumption, investment and exports.”

The anti-graft law, which came into force late last month to control every person-to-person meeting of government officials, teachers and journalists, is feared to hurt private consumption and economic activities to a large extent.