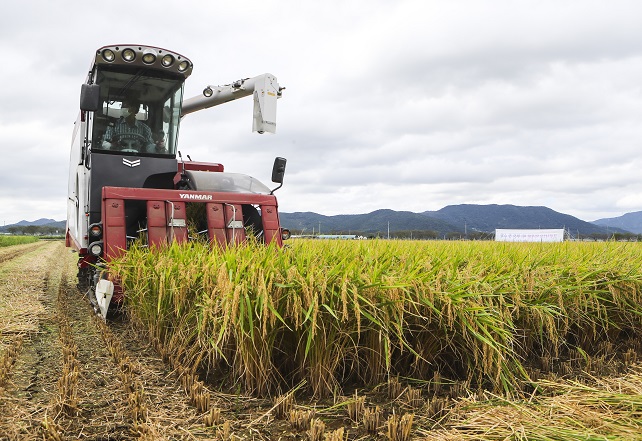 SEOUL, Oct. 8 (Korea Bizwire) – South Korea’s rice output is expected to increase 9.1 percent in 2021 from a year earlier due largely to favorable weather conditions and a rise in the cultivation area, data showed Friday.

The country’s rice production is likely to come to 3.83 million tons this year, compared with a 52-year low of 3.51 million tons the previous year, according to the data compiled by Statistics Korea.

The reading would mark the first rebound after rice output declined for the fifth straight year in 2020.

But the yearly rice production will likely stay below 4 million tons for the fifth straight year in 2021.

The better output forecast comes as favorable weather conditions in July and August helped the growth of rice grains, according to the statistics agency.

A rebound in cultivation areas for rice also boosted production, it said.

The combined size of rice paddies is expected to reach 7,324 square kilometers — almost half the size of the U.S. state of Connecticut — this year, up 0.8 percent from a year earlier.

Rice is a staple food for Koreans, but its consumption has been steadily declining in recent decades due mainly to changes in diet.