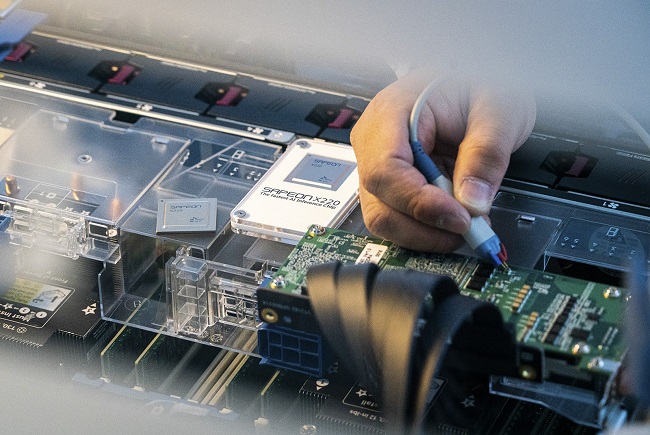 The Ministry of Science and ICT said the technological gap between the United States and South Korea stood at 3.3 years in 2020, down six months from 2018.

The ministry measures the competitiveness of major economies, including the United States, the European Union, Japan and China, in 120 technologies across 11 fields, such as defense, manufacturing, energy and software, every two years.

Competitiveness is measured relative to that of the technology leader, with the U.S. topping 10 of the 11 fields.

Last year, South Korea’s science technology competitiveness reached 80.1 percent to that of the United States, up 3.2 percentage points from 2018.

The EU’s competitiveness relative to the United States stood at 95.6 percent, with Japan at 87.3 percent and China at 80.0 percent.

Among the 11 fields, South Korea’s relative competitiveness in the construction and transportation sector was the highest at 84 percent, while it was lowest in the aerospace and marine category at 68.4 percent.

The country has committed US$77.9 billion for research and development investment in 2018, 7.5 times smaller than that of the United States, according to the science ministry.