The headquarters of Samsung Electronics Co. in southern Seoul. (Yonhap)

Samsung Electronics, Samsung Display and two other Samsung units are alleged to have unfairly supported Samsung Welstory since 2013 by allowing it to run their in-house cafeteria business for them.

The regulator said Samsung Electronics and four other units, including Samsung Welstory, will face the largest-ever fine imposed for an unfair internal trading case.

Samsung Electronics, the group’s crown jewel, will face a 101.2 billion-won fine, also the largest-ever one for a single company.

The KFTC said Samsung Welstory has served as a “cash cow” for the group’s founding family as large amounts of net profits by the cafeteria business affiliate were provided to Samsung C&T as dividends. 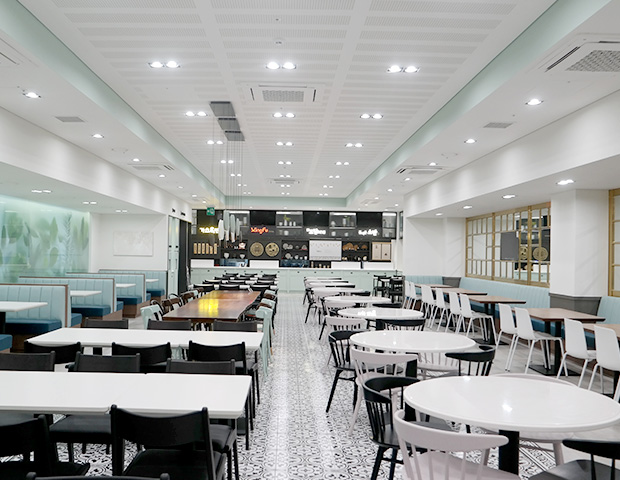 Still, the commission said it has not found evidence showing that Samsung’s owner family, including Lee, may have been involved in the unfair support case for the managerial succession process.

Internal trading is blamed here for allowing owner families of conglomerates to easily net large profits by having subsidiaries award lucrative contracts to each other, undermining the principle of fair competition.

Earlier this month, the KFTC did not approve the Samsung affiliates’ proposed measures to address their unfair business activity, including lowering the entry barrier for their cafeteria business to non-affiliated firms.

Samsung Electronics expressed regret over the commission’s ruling, saying that it plans to lodge an administrative suit.

“It is regrettable that the business activity that we’ve done for employees’ welfare was judged as unfair support,” the company said in a statement. “We plan to take legal actions to vindicate it was normal transactions.”

The company also said it will voluntarily permit non-affiliated firms to take part in its in-house cafeteria business, regardless of the KFTC’s rejection of its proposed remedy.