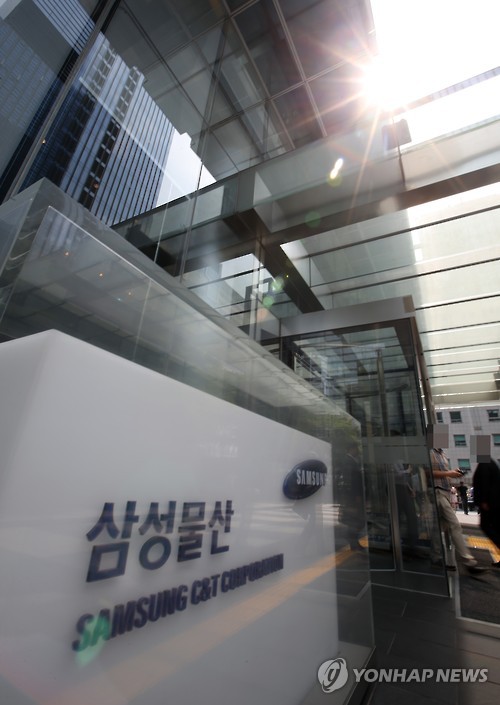 Samsung C&T said it will report its plan to the Financial Conduct Authority (FCA), which oversees the London Stock Exchange to delist its DRs, or certificates of stock ownership that are traded overseas. (image courtesy of Yonhap)

SEOUL, June 12 (Korea Bizwire) – Samsung C&T Co., a construction and trading arm of Samsung Group, said Friday that it is seeking to delist its depositary receipts (DRs) traded on the British stock market in order to stem a possible lawsuit there by a U.S. hedge fund over its attempt to merge with its sister firm.

Samsung C&T said it will report its plan to the Financial Conduct Authority (FCA), which oversees the London Stock Exchange to delist its DRs, or certificates of stock ownership that are traded overseas.

Samsung C&T and its sister firm, Cheil Industries Inc., have announced their merger, but faced a challenge by U.S. hedge fund Elliott Management, which claims the proposed merger hurts shareholders of Samsung C&T.

Cheil Industries said earlier it will take over Samsung C&T by offering 0.35 new shares for every Samsung C&T share.

The hedge fund said Thursday it has filed a second court injunction to express its discontent against Samsung C&T’s plan. Elliott has been claiming that the merger undervalues Samsung C&T, and that its attempt to sell Treasury stocks to another firm is unlawful.

The proposed merger must win approval from shareholders with two-thirds of the voting rights and a third of outstanding shares. The shareholder meeting is scheduled for July 17.

Samsung C&T sold 8.99 million Treasury shares, or a 5.79 percent stake, to existing shareholder KCC, in an apparent bid to rake in friendly forces.

The hedge fund disclosed it holds 7.1 percent of Samsung C&T, emerging as the third-largest shareholder.