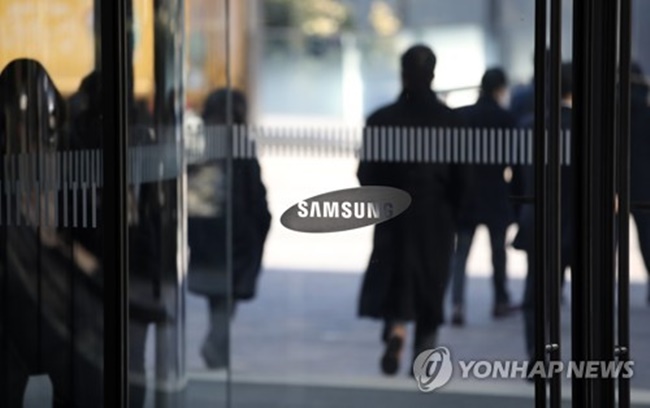 The tech giant is in talks with officials in Pyeongtaek over a new chip-production line in that city, an insider said, although no specific size or timing of investment has been determined. (Image: Yonhap)

The tech giant is in talks with officials in Pyeongtaek over a new chip-production line in that city, an insider said, although no specific size or timing of investment has been determined.

The city is located some 70 kilometers south of Seoul, and is already the home of Samsung’s chip-production line. The production line began churning out chips in July 2017.

An executive at Samsung Electronics said the project has long been reviewed, but said that no decision has been made yet.

Related to the plant and speculation that the company may move forward with the building at this juncture, Samsung Electronics Vice Chairman Yoon Boo-keun vowed earlier in the day to engage in “speed management” that may be linked to aggressive business decisions.

He made the comments in a brief meeting with reporters after attending a forum in central Seoul.

The decision for a second chip-production line, if made, would mark Samsung’s first major investment since Samsung Electronics’ other Vice Chairman, Lee Jae-yong, who is heir apparent to South Korea’s biggest family-run conglomerate, was released from prison after being locked up for nearly a year over a bribery scandal that led to the ouster of former President Park Geun-hye.

On Monday, a Seoul appeals court reduced Lee’s five-year sentence for bribery and other charges to 30 months in prison and suspended the sentence for four years.

The ruling means that Lee will not have to serve further prison time if he stays out of trouble during that period.

Lee was seen leaving his home in Seoul earlier in the day, but his whereabouts remained unknown.

Also Tuesday, Moody’s Investors Service said Lee’s release is credit positive, as it will remove some uncertainty at the most senior leadership levels at the conglomerate.