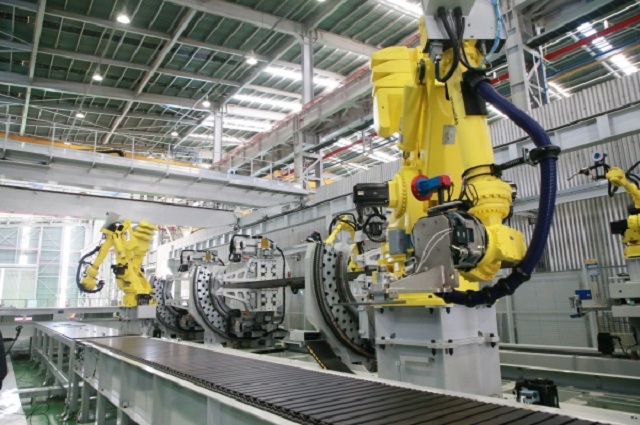 Steel frames are the structures that prop up machines, equipment and pipes. They are completed through the fabrication of sub-materials such as plates and beams.

Samsung Engineering and industrial robot manufacturer Hyundai Robotics Co. signed a business agreement for the automation of steel frame production in December last year and completed the development of an automation system in August.

After several months of trial operations, including performance testing, Samsung Engineering released the first product from the automated production line.

The newly-produced steel frames will be supplied for major projects carried out by the company.

With this breakthrough, Samsung Engineering was able to establish an automation system for both steel frames and pipes, the core materials for the construction of industrial manufacturing facilities.