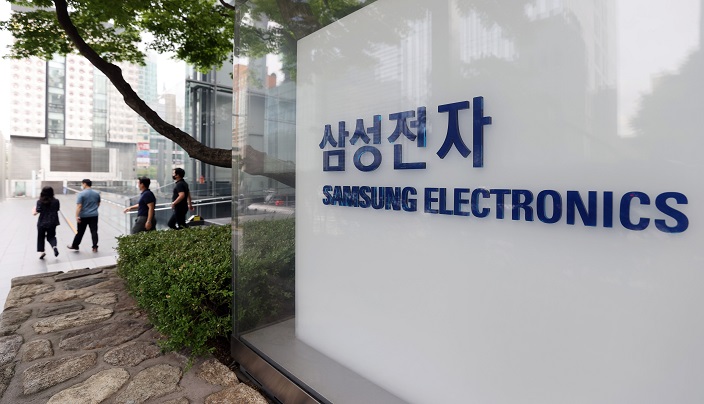 SEOUL, July 29 (Korea Bizwire) — Samsung Electronics Co. on Thursday expected solid chip demand to continue in the second half of the year with recovery in the mobile business after delivering robust second-quarter performance.

Its net profit stood at 9.63 trillion won (US$8.3 billion) in the April-June period, up 73.4 percent from a year earlier, the world’s largest memory chip and smartphone vendor said in a regulatory filing.

The figures were in line with its earnings guidance announced earlier this month that beat the market consensus.

Samsung’s chip business anchored the upbeat performance on the back of rising memory prices and a recovery from the foundry sector.

The company had suffered from a monthlong shutdown of the company’s foundry fab in Austin, Texas, where a severe winter storm caused a power outage in February.

Revenue from the semiconductor unit stood at 22.74 trillion won in the second quarter of the year, up 24.7 percent from a year earlier, while its operating profit jumped 27.6 percent on-year to 6.93 trillion won.

Compared with the first quarter, its operating profit more than doubled, while sales increased 19.6 percent.

“The memory business reported a significant increase in earnings from the previous quarter, led by strong demand for server and PC memory, as well as stronger-than-expected increases in average sales prices for both DRAM and NAND chips,” Samsung said.

“The foundry business saw its earnings improve thanks to early normalization of the Austin fab and maximized chip supply capabilities.”

For the second half of the year, Samsung expected memory demand to remain strong, although the market could see supply problems for components, while dealing with the rise of COVID-19 variants and geopolitical tensions.

“Memory demand will likely be buoyed by new smartphone model launches, with the wider 5G availability driving growth in content-per-box,” the company said.

“Increasing adoption of the latest CPU, along with growing enterprise PC demand to support the new remote work dynamics, is expected to support memory demand for servers and PCs.”

In a conference call, Samsung said its DRAM bit growth was in the low teens in the second quarter, while seeing an increase of the average selling price (ASP) in the high teens.

In the third quarter, Samsung estimated the market NAND bit growth to be in the low teens, with the company performing similar to the market level.

For the whole of 2021, Samsung estimated the NAND market bit growth to be in the 40 percent range.

To beef up its leadership in the memory sector, Samsung said it is set to begin mass production of 14-nanometer DRAM using the extreme ultraviolet-based process in the second half.

The company will also start mass production of consumer solid state drives with the double-stack based 176-layer 7th generation V-NAND during the second half.

For its logic chip business, Samsung said it expects its overall earnings to improve, especially in the third quarter, on the back of rising demand for system-on-chip and OLED display driver IC products, as the business anticipates “strong seasonality” for smartphones and TVs.

It also projected better performance from the contract chipmaking sector in the second half, with its foundry unit looking to expand capacity of its S5 Line in Pyeongtaek, south of Seoul. 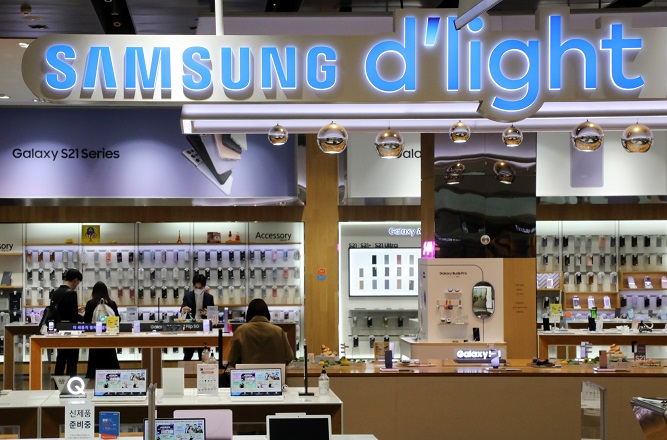 Samsung’s IT & Mobile Communications (IM) division had a relatively tepid performance due to the resurgence of COVID-19 in major markets.

It racked up revenue of 22.67 trillion won, up 9.3 percent from a year earlier, while operating profit soared 66.2 percent on-year to 3.24 trillion won in the second quarter.

But compared with the previous quarter, its sales plunged 22.4 percent, while operating income dropped 26.2 percent.

Samsung said it sold 60 million units of handsets in the second quarter, down from 81 million units in the previous quarter, with the portion of smartphones reaching the mid-90 percent range. Its tablet sales reached 8 million units, same as the first quarter.

Its blended ASP, including tablets, was $233 in the second quarter, down from $243 in the previous three months.

“Overall market demand decreased from the previous quarter due to the impact of weak seasonality and the prolonged COVID-19 pandemic,” Samsung said.

“The mobile communications business saw revenue decrease compared to the previous quarter, influenced by a component supply shortage in the industry as well as production disruptions in its Vietnam factory.”

But Samsung expected better performance in the second half with the launch of new foldable smartphones and the expansion of mass-market 5G devices.

“The mobile market is forecast to recover to the pre-COVID level on an annual basis as 5G adoption and contactless trends continue to thrive,” it said.

Samsung’s display panel business contributed big in the second quarter thanks to a one-off gain suspected to be a payment from a client for not purchasing a contracted amount of displays.

The display unit posted 6.87 trillion won in revenue, up 2.2 percent from a year earlier, while its operating profit more than doubled to 1.28 trillion won.

Compared with the first quarter, its operating profit was up 255.5 percent, though sales were down 0.7 percent.

“Its earnings improved from the previous quarter despite weak seasonality for mobile products, primarily due to a one-time gain as well as an increase in overall ASP,” Samsung said.

Samsung projected the display panel business to post solid results in the second half, with its mobile display demand growing and major smartphone manufacturers planning to launch new models.

But it also pointed out concerns of a supply crunch in certain parts, like DDIs, which could affect shipments.

The company said it is currently focusing on finalizing the mass production process for QD display, so that it can start product shipments within the year. 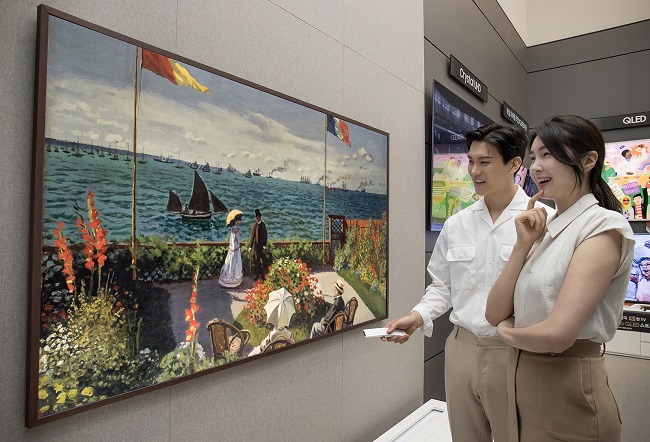 This photo provided by Samsung Electronics Co. on July 25, 2021, shows the company’s new 85-inch The Frame TV displayed at a store in Seoul.

Its sales were up 3.2 percent from the first quarter, but its operating profit was down 5.4 percent.

“Overall market demand for TVs decreased from the previous quarter due to low seasonality but was higher compared to a year earlier,” Samsung said.

“Expanded sales of premium products, including the newly launched Neo QLED, and a timely response, based on operational efficiency, to demand generated by global sporting events allowed the company to post solid profits in the second quarter.”

For the second half, Samsung expected improved demand for TVs due to strong seasonality, but the resurgence of COVID-19 could be a risk.

“Expanded sales of premium products via peak-season promotions tailored by region, enhanced online and offline buying experiences, and improved operational efficiency are part of the plan to secure profitability,” it said.

Samsung said its capital expenditures in the second quarter stood at 13.6 trillion won, up from 9.7 trillion won in the first quarter, with 12.5 trillion won used for semiconductors and 600 billion won for displays.

The company decided to pay 361 won in dividends per share, delivering a total of 2.45 trillion won to its shareholders.

Meanwhile, Samsung said its board members approved the reorganization of its governance committee into the sustainability committee, in a move to enhance its practices in ESG (environmental, social and governance) issues and further increase shareholder value.

Shares in Samsung dropped 0.25 percent to 79,000 won on the Seoul bourse, underperforming the broader KOSPI’s 0.18 percent increase. Its earnings results were announced before the market opened.