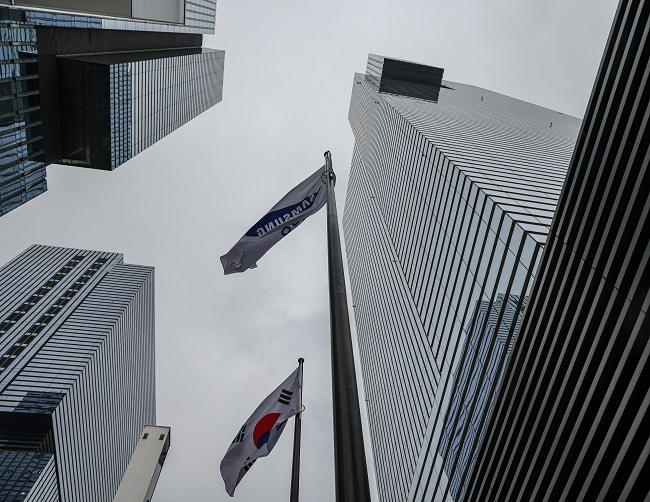 Hong Ra-hee, the widow of the late business tycoon who died in October last year, plans to sell 19.9 million shares in Samsung Electronics Co., which were estimated at 1.4 trillion won as of Friday’s closing price, according to the regulatory filing.

The shares account for around 0.33 percent of the world’s top chipmaker.

The regulatory filing said the stock sales were aimed at “paying inheritance taxes.” Lee, who was South Korea’s richest man, left assets estimated to be worth around 26 trillion won, including stocks valued at 19 trillion won.

He was survived by his wife, son Jae-yong and two daughters — Boo-jin and Seo-hyun.

When the process is completed, Hong’s shares in Samsung Electronics will fall to 1.97 percent from the current 2.3 percent.

Boo-jin, who heads another affiliate, Hotel Shilla Co., also announced through a regulatory filing that she plans to sell shares worth 242.2 billion won in Samsung SDS Co.

The combined shares to be sold by the family members add up to around 2.1 trillion won.

In April, the Samsung family members said they plan to pay around 12 trillion won in inheritance tax over the next five years.