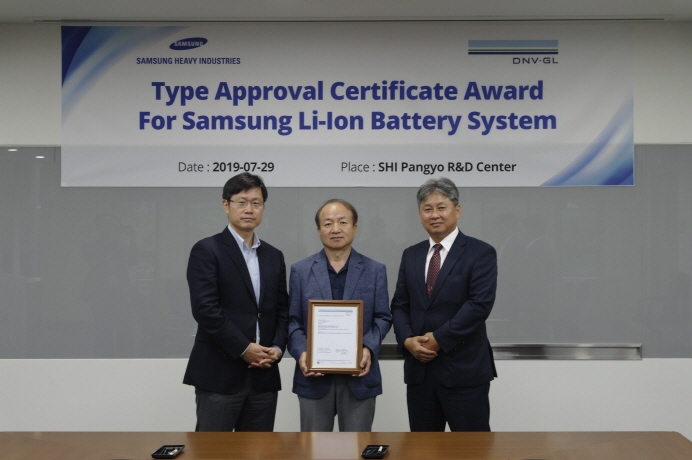 The system, jointly developed with local battery manufacturer Samsung SDI Co., earned a type approval from Norway’s renowned classification society DVL-GL, becoming the first local shipbuilder to do so, according to the shipbuilder.

Samsung Heavy said its lithium-ion battery system can control power generators on the ships in an efficient way and will reduce fuel costs, in addition to its environment-friendly feature.

Samsung Heavy said its battery system can be applied to any type of vessels.

The company said it is also working with Finnish power equipment maker Wartsila to develop energy storage system for ships.