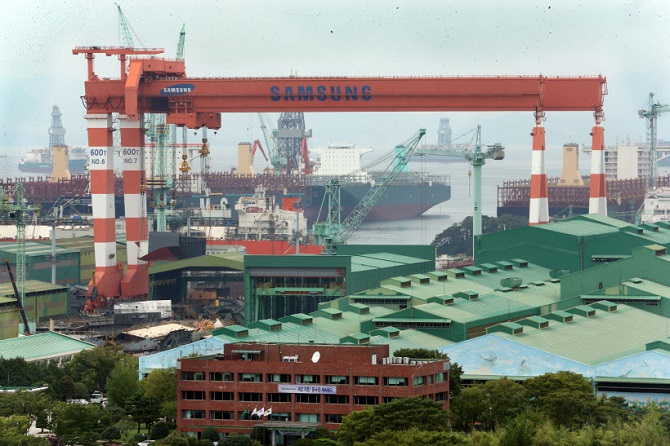 The carbon capture system for ships refers to technology that uses an amine-based liquid absorbent to separate and recover carbon dioxide from the exhaust gas of LNG that is burned in a ship engine or generator.

To achieve its carbon-neutral goal, Samsung Heavy has developed the technology since 2020 in collaboration with local eco-friendly ship components maker Panasia Co.

The Korean shipbuilder plans to commercialize the carbon capture technology optimized for LNG-powered ships by 2024.